Rovers come from behind to beat Doncaster at the Mem.

James Coppinger opened the scoring for the visitors inside the opening 15 minutes – finding the target with a measured finish from the edge of the area.

Luke McCormick got the Gas back on level terms, as the Chelsea loanee got himself on the scoresheet for the second goal on the bounce with a curling effort from just inside the Doncaster area.

Rovers had chances to go into the break ahead, with Hanlan forcing a stop from Balcombe deep into first-half stoppage time.

The Gas grabbed the all-important third goal of the encounter on the hour mark to go ahead, as McCormick scored his second goal of the game with a powerful first-time finish to put Joey Barton’s side on course for a vital three-point haul.

Rovers held onto the lead and had chances for a third goal, as Westbrooke and Baldwin went close.

The Gas held on to their advantage to secure the points that delivered a welcome boost to their bid to beat the drop.

Rovers made two changes to the starting XI for the visit of Doncaster, with both Cian Harries and Zain Westbrooke reintroduced to the line-up

Cian Harries featured for Rovers for the first time since facing Hull City away, as the defender replaces David Tutonda in the starting XI – with Zain Westbrooke deployed to offer support Brandon Hanlan in attack.

Doncaster, who had a tally of 20 points on their travels this term heading in the Bank Holiday contest, made a total of five changes to their line-up. Ellery Balcombe was drafted in to start in goal for the visitors, while Braden Horton was introduced to replace Halliday at right-back.

In the bright and blustery conditions at BS7, it was a spritely start from the visitors that raised questions for the Rovers defence. Both Ed Upson and Jack Baldwin provided important defensive interferences to lift the danger from low deliveries into the area from Okenabirhie, who was operating wide down the right-hand side.

It was Okenabirhie who started the move for the encounter’s first goal, as the forward advanced down the right and has was allowed space to look up to pick out the unmarked Richards. On the edge of the Rovers area, Richards was able to lay off a pass to James Coppinger, with the veteran midfielder on hand to curl a side-footed finish beyond the outstretched Jaakkola. 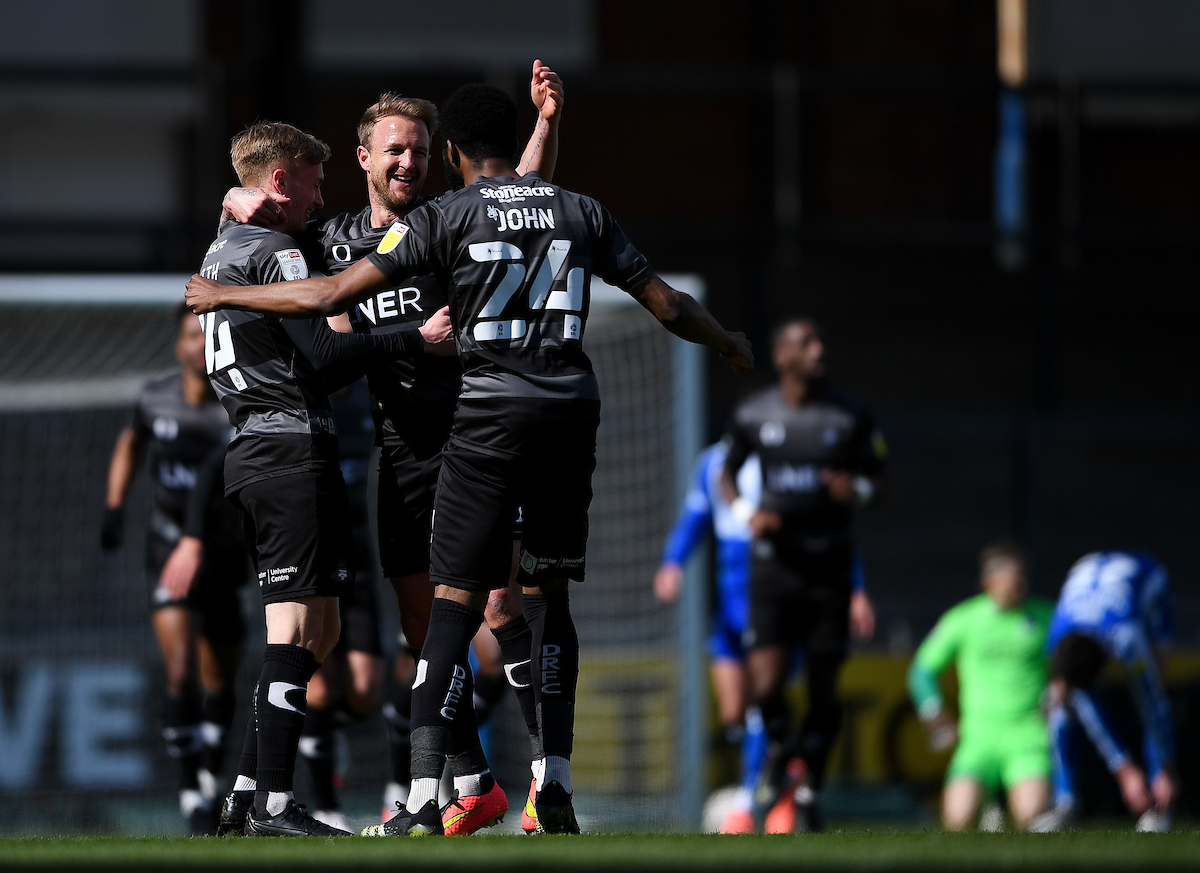 Rovers looked to mark an instant response, with Westbrooke coaxing a stop from Balcombe to keep out his set-piece from 25-yards out. Minutes later, a nice move from Barton’s side saw Zain Walker played the ball inside the Doncaster area, with the youngster’s eventual effort deflected away.

As the half progressed, Rovers grew more and more into the contest, imposing play into the Doncaster half.

The equaliser did come in the ten minutes before the interval, as a smart interchange between Westbrooke and McCormick unlocked an avenue into the area for the latter. The youngster jinxed the ball onto his right foot and the in the process, angled some more room to squeeze a finish into the far corner for his second goal in as many games.

The goal spurred Rovers into life, as moments later, Brandon Hanlan drilled a low finish into the side netting, after a quick turn and burst of pace from the forward. Further chances followed for the Gas, as a corner from the left swung to the unmarked Baldwin at the far post, but the defender couldn’t adjust quickly enough to meet the pacey delivery.

Baldwin was soon involved in the mainstay of the action again, this time at the other end, with the defender on hand to conduct a superb block to deflect clear Okenabirhie’s close-range attempt.

There was a further chance for Rovers to pull ahead late on in the first half, as Westbrooke’s ball into the area was controlled by Hanlan, who spun and dug out a low effort that was blocked by the outrushing Balcombe.

In the opening stages of the second half, the visitors thought they had taken the lead, as Fejiri Okenabirhie arrived in the area to flick home a driven cross – but the striker’s effort was quickly ruled out for offside, much to the relief of the blue and white shirts, who had tracked back to shadow the forward’s run into the penalty area.

Rovers quickly matched the same level of intensity that they climbed to in the later stages of the first half and found themselves ahead for the first time on the stroke on the hour.

The passage of play that led to the goal saw Walker and Martinez combine down the right, with Martinez showing impeccable vision to slide a pass to meet the unmarked Westbrooke. The midfielder was on hand to lay a low pass across the box that was weighted for the run of McCormick, with the midfielder firing a first-time effort into the roof of the net for his second goal of the contest. 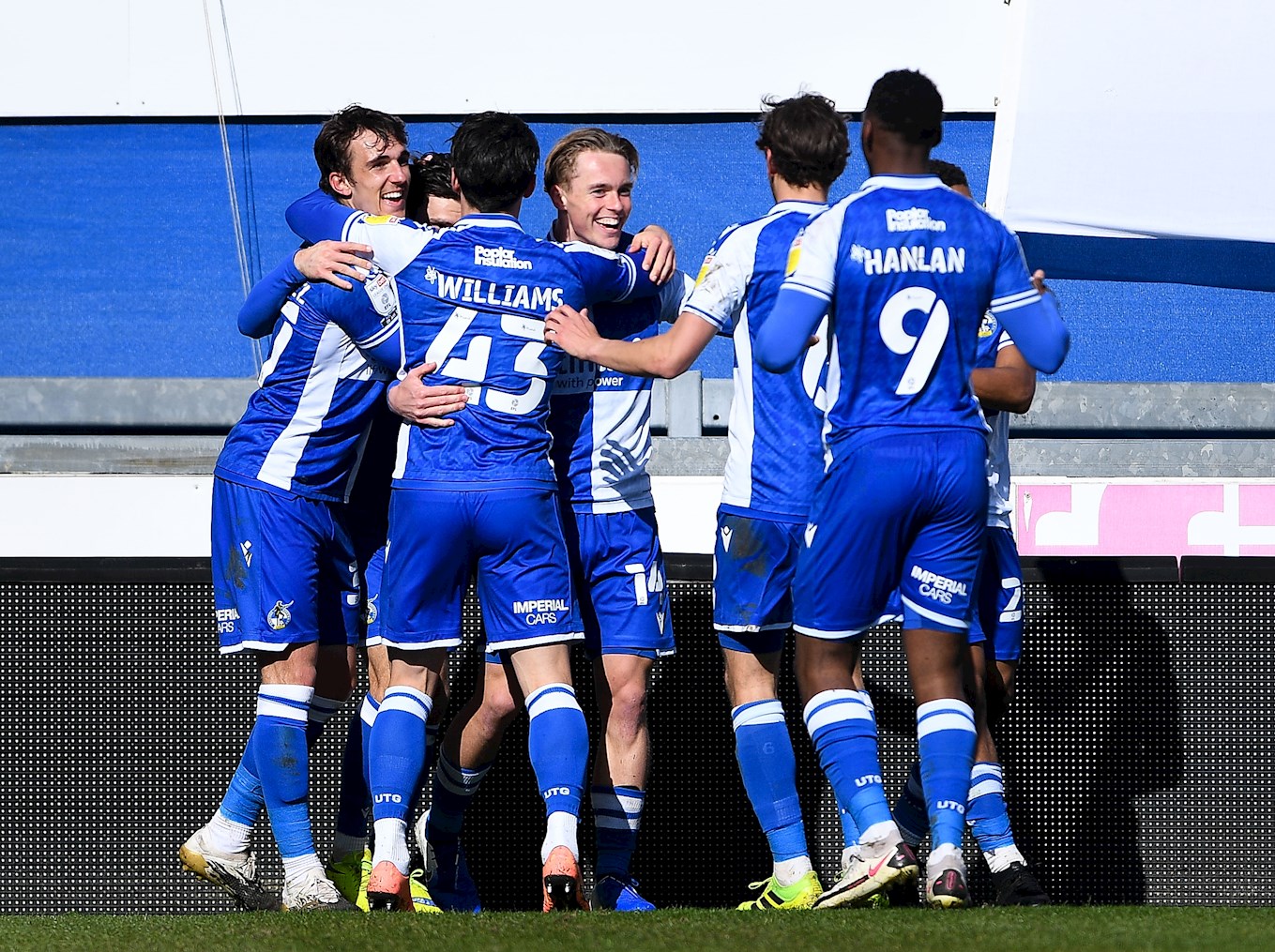 With Rovers firmly in the ascendency, they still had to be alert at the back. Jason Lokilo’s low effort on goal seemed to have beaten Jaakkola, but covering on the line was Jack Baldwin, as the defender made a last-ditch goalline clearance to keep the effort out.

Rovers kept pressing the Doncaster backline, looking to find a third goal to spring a two-goal cushion. Zain Westbrooke’s low and vicious cross into the area swung close to the visitors’ goal, with Balcombe required to tip the effort wide. The chance was quickly proceeded by a towering header from Jack Baldwin, who fired a header goal-bound, only for Bogle to lift the attempt over the crossbar with a goal-line clearance.

Rovers managed to the final stages of the encounter in resolute fashion and limited Doncaster’s chances on goal to secure the points.

The Gas head to Northampton Town next Saturday in Sky Bet League One.