There was a real festival-type vibe in the air as kick-off approached, with the distinct smell of barbeque smoke lingering, and the sun peeking out from behind the trees. Occasionally though, a chilly breeze would blow through Adams Park, to remind us all, it is still February.

As the sun went in, the festival of football remained, with an attacking display on show this Saturday. Four goals coming inside the first half, three for the home side and one for the Gas. An attacking onslaught came from Rovers in the second – but they couldn’t unlock the Wycombe back line to come back into the game.

Garner made three changes from the side that played Coventry City last weekend, with Mark Little, Abu Ogogo and Luke Leahy coming in for Tom Davies, Josh Ginnelly and Tareiq Holmes-Dennis. The deadline day signings of Cian Harries and James Daly didn’t feature in the squad this afternoon, but Timmy Abraham made the bench, keeping the door open for his first Rovers appearance. 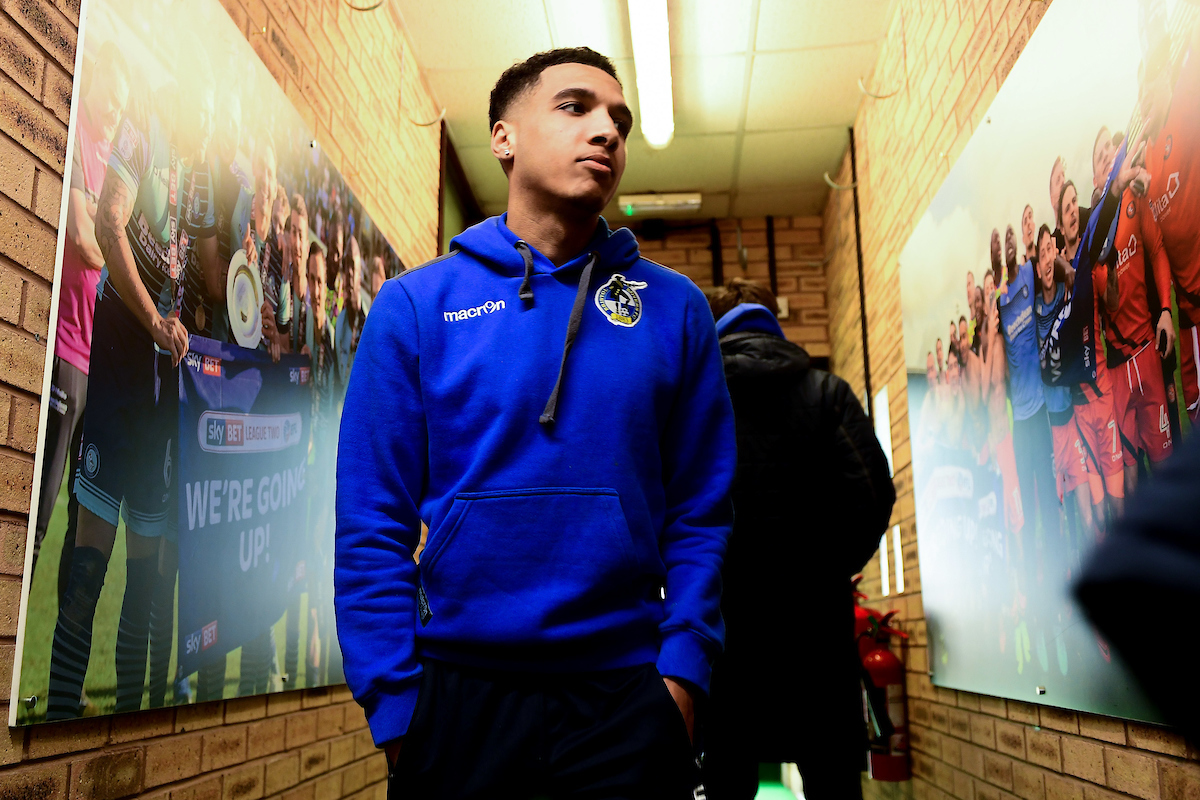 The first fraction of a chance came from captain Ollie Clarke just seven minutes in, as the midfielder burst through the centre of the park before striking low and hard. His shot ricochetted away from the claws of Ryan Allsop in the net, but he was able to gather on a second attempt, from the feet of Jayden Mitchell-Lawson.

However, moments later, the Chairboys were up the other end as they drove down the right flank. They reached the byline courtesy of a quick throw-in, before pulling back to an unmarked Adebayo Akinfenwa who stroked home from close range.

As the quarter of an hour mark approached, Clarke was once again the centre of Rovers pressure. He cut in from the right and appeared to go down under a challenge from Curtis Thompson, but the ref’ waved away protests for a penalty. 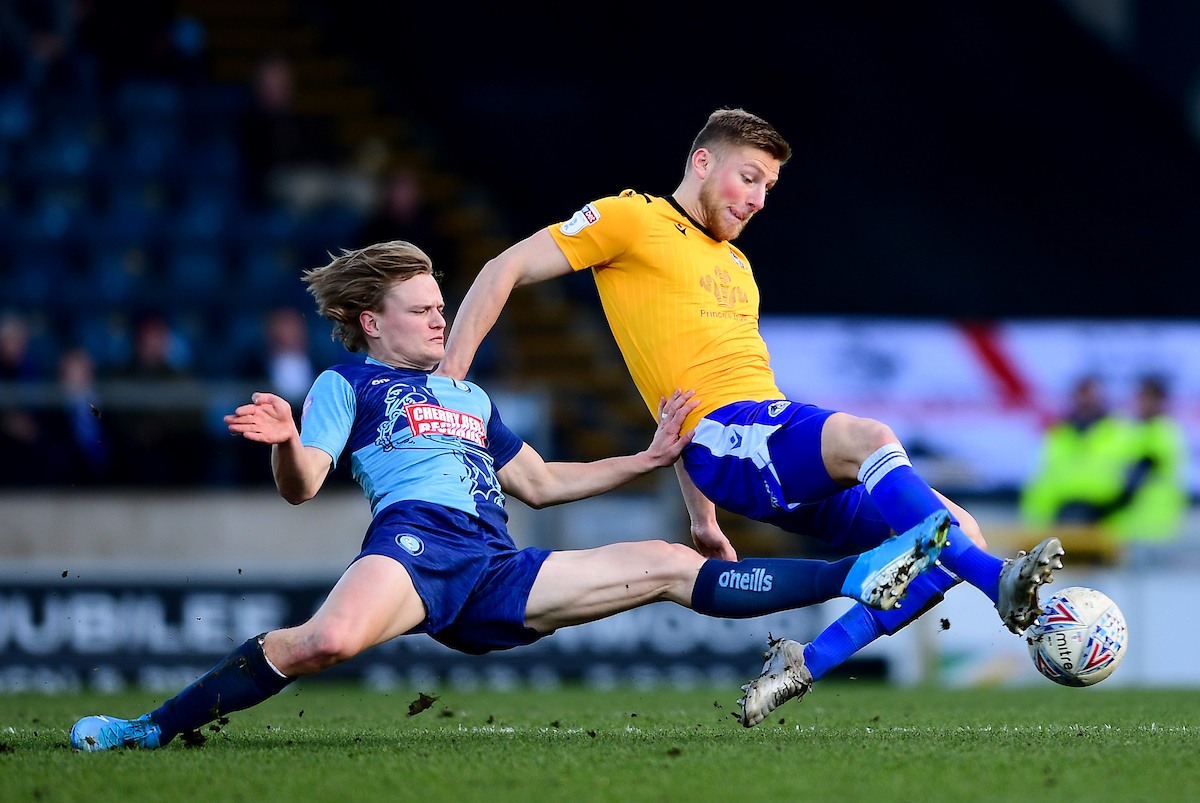 A scrappy build-up from Wycombe just before the 20th minute resulted in a half chance for Alex Samuel, as the ball ricocheted off heads from both sides before falling to the Chairboy who struck narrowly wide on the volley.

Once again, Rovers pressed, once again, Clarke was key. This time it was from lovely build-up, a showcase of what a Garner side is capable of. A cross from Rodman was recycled patiently, with Upson dinking a neat ball through Wycombe legs to Jayden Mitchell-Lawson who pulled it back to his captain. With the ball bobbling, Clarke struck it wide to the left.

Wycombe retaliated again. The aerial bombardment they’re often so renowned for came into use. A deep free-kick picked out a home head, knocked back across to Alex Samuel. He tried the spectacular, attempting to hook it back across himself in the air, but it hit the back of a Rovers player and went out for a corner.

This was a game that truly played out like a boxing match. Rovers punching, then Wycombe punching back. On the next attempt, the Gas dealt a big blow. Abu Ogogo battled for the ball, laying it out wide before seeing a pass rolled back across the edge of the area to Jayden Mitchell-Lawson. Here came an uppercut from the featherweight. He patiently jinked into space from the edge before unleashing a lightning left-footed snapshot into the top left. What a way to score your first Rovers goal. 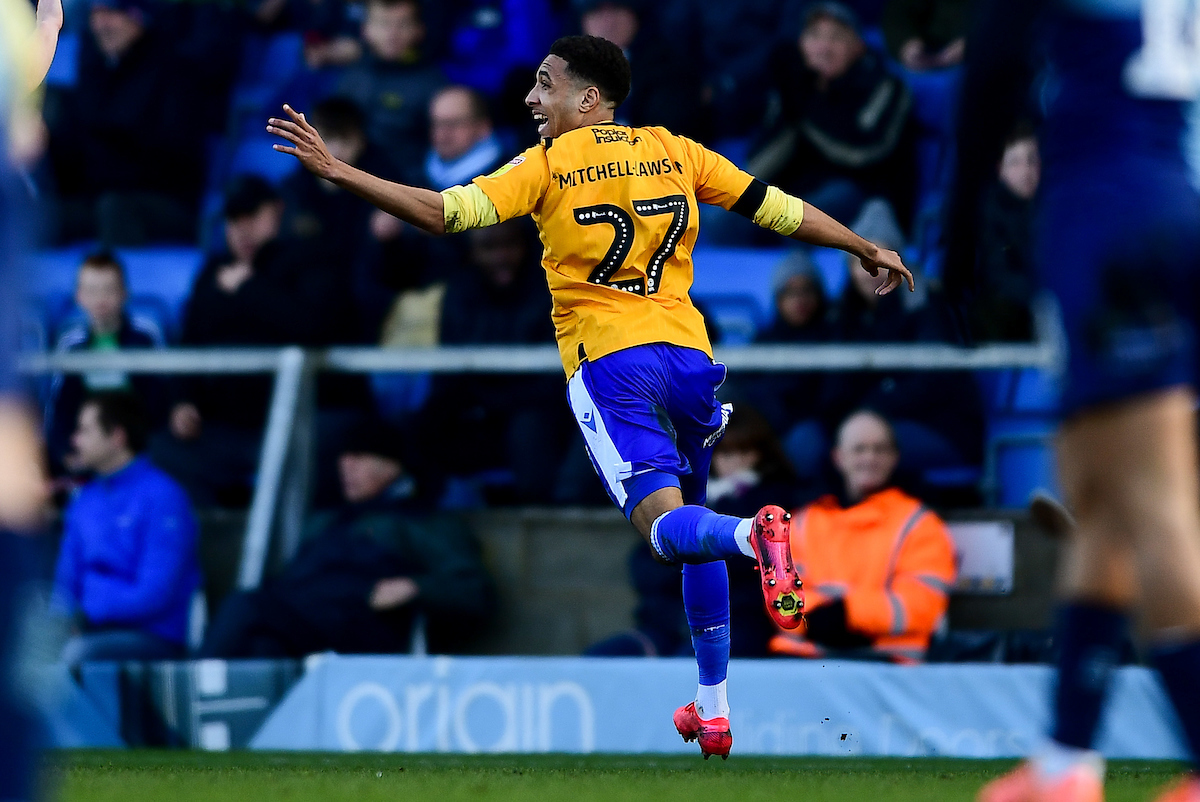 Wycombe seemed dazed, with another blow surely putting them on the floor. It was JCH who was trying to provide the strike moments after the restart. He cut in from the left side, seemingly unmarked and smashed a strike on goal from the angle. It was a rocket, and the bar was left shaking as it clanged off the underside and somehow stayed out.

Eventually, the home side came to, with a long ball putting Alfie Kilgour under big pressure, he had to do something, and attempting to loop the ball over his own bar for a corner. It did, barely, giving the Gas fans a scare as it narrowly missed the crossbar. From the following corner, Akinfenwa went close, miss-firing a header at the back post.

What a game this was growing into. The Gas responded again, with their own ball from deep, picking out Alex Rodman. The winger struck a first time volley, a ‘Van Persie-esque’ strike that narrowly missed the bar and went over, it would’ve been some goal.

With just over 5 minutes remaining, Wycombe struck themselves back into the lead, with a effort from the edge of the area rebounding back to Darius Charles who stroked it into the net from close range.

Moments later, the Chairboys had the Gas gasping for air. A crossfield ball found it’s way through to Matt Bloomfield who seemed to dither with possession before darting towards the byline on the left side of the box. It seemed a sharp angle for an effort, but he found the bottom left corner well, slotting past Blackman to make it 3-1.

With the break approaching, Wycombe cut through again amidst claims for offside as Samuel burst past Alfie Kilgour. The young defender stayed with his man though as he drove towards goal, but it was a strong challenge from Tony Craig that would divert the ball from Samuel into the path of Blackman. 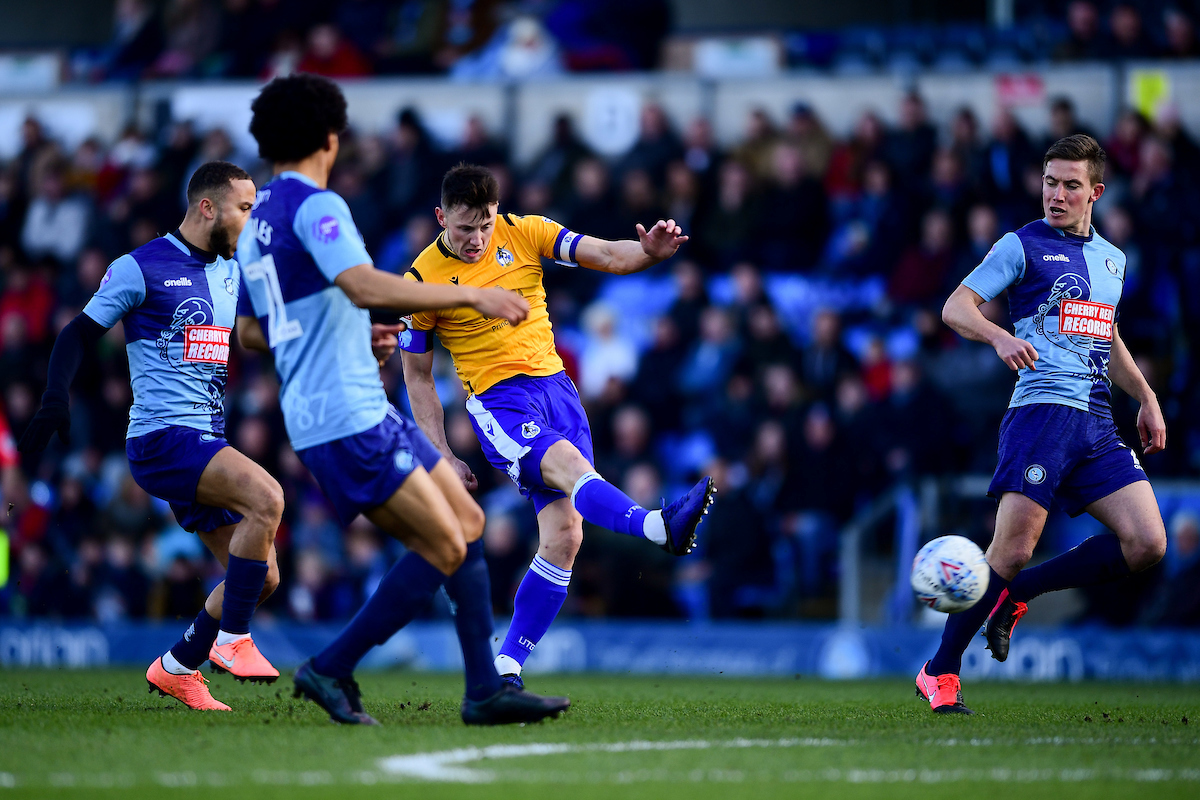 The second half started as the first began, with action. Nice link-up play between JCH and Alex Rodman set the latter through on the right. He delivered a superb whipped delivery to the back stick where Jayden Mitchell-Lawson was waiting, but he couldn’t grab his second, sending a header wide of the far post.

Just as the hour mark passed, Abu Ogogo was on the end of something almost extraordinary. Upson recycled a corner kick into the box, looping towards the battling midfielder. Facing away from goal, he attempted an acrobatic strike, twisting and seeing his shot bounce wide. 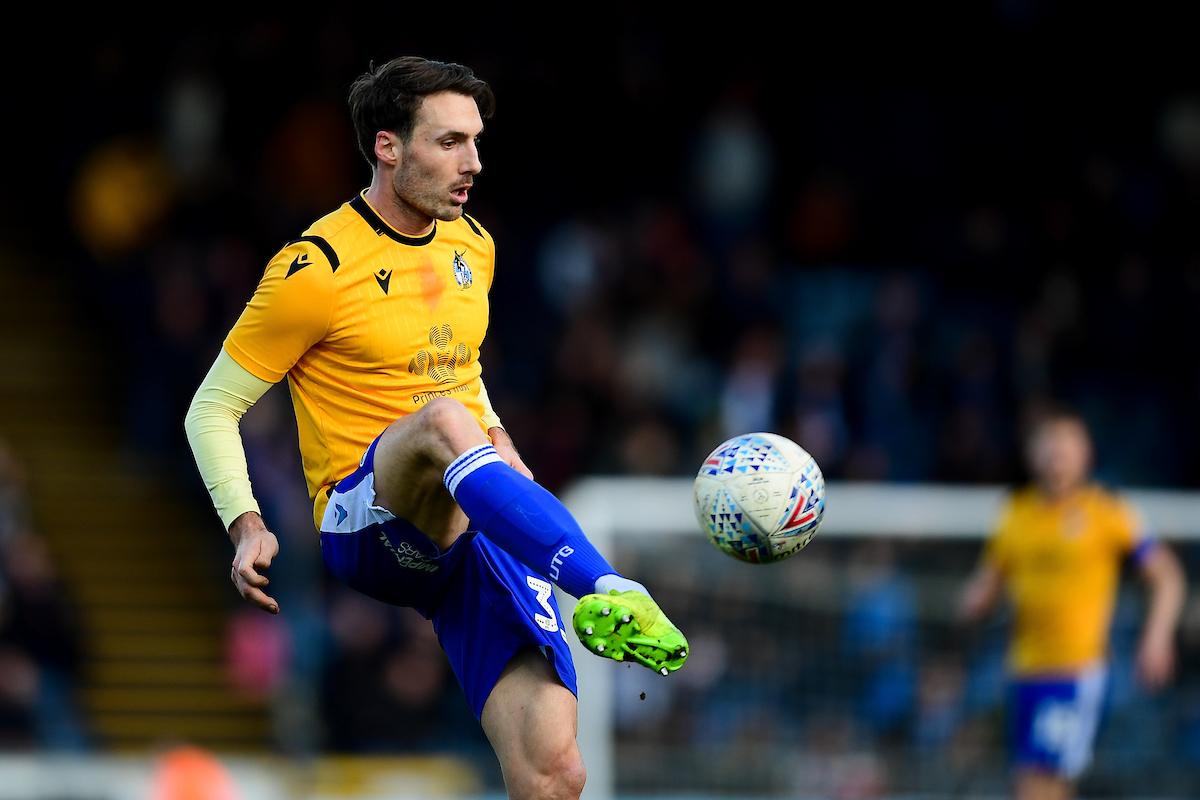 Moments later JML was set through on the left, using his blistering pace to turn his man and head goalwards. He went down under a clash between the recovering defender and Allsop in the net, but the ref’ gave a corner. The action wasn’t done there, as Ed Upson whipped in a delivery finding the head of JCH, who saw his goalbound flick headed up and over the bar just inches away from the line.

With 20 to go, JCH had a superb opportunity, from a similar angle to his strike against Coventry City. He chased down on the left, seeing a mixup between the defenders in front of him flick the ball into his path. He struck from the angle first time, and saw a crucial deflection take the ball just wide. 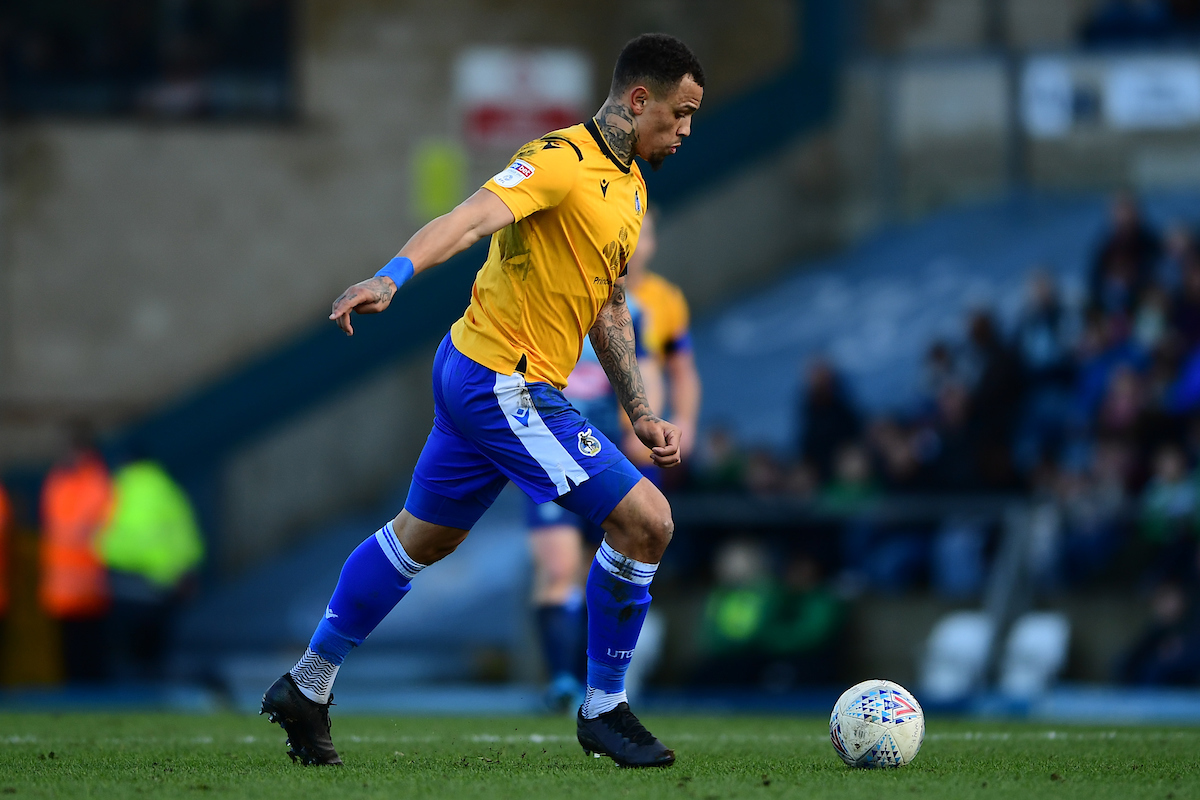 With over a quarter of an hour left, Garner rolled the dice, throwing Timmy Abraham and Josh Ginnelly on for Ed Upson and Alex Rodman. A change of tack.

With five to go, and the Gas looking for something different, Josh Barrett came on in place of goalscorer Jayden Mitchell-Lawson.

Late on, Joe Jacobson sent a left-footed free-kick past the left post, Wycombe’s first real chance of the second half. 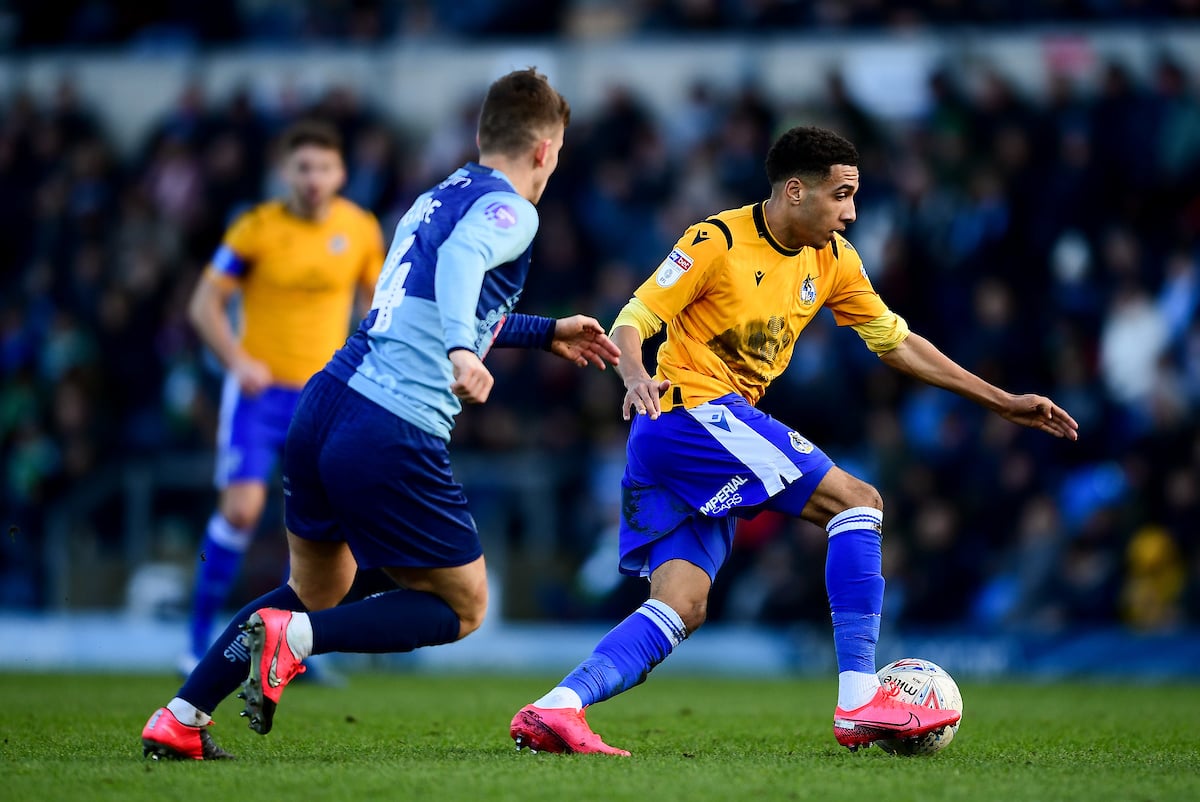 Despite the second-half pressure, the Gas couldn’t find enough to catch Wycombe, and go home empty-handed.

They will look to the midweek trip to Tranmere now.