Rovers come from behind to claim long awaited win

Bristol Rovers claimed their first win of the new year with a hard-fought 2-1 victory amid horrid conditions at The Mem.

A thunderbolt from Alfie Kilgour and a late Josh Ginnelly winner sealed Ben Garner’s first three points in charge of Rovers after the Gas were caught cold by a Blackpool attack just two minutes in. 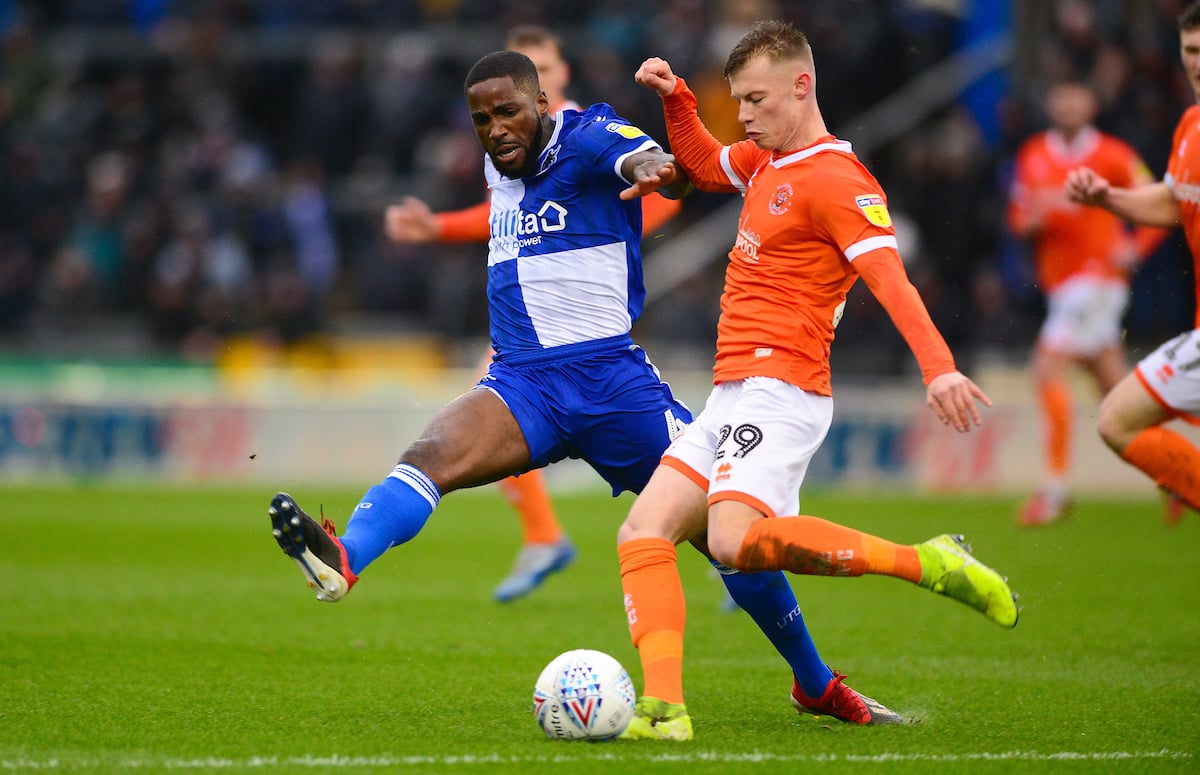 Rovers boss Ben Garner saw enough positives from Tuesday’s draw to name the same side once more. On-loan forward Timmy Abraham will have to wait for his first start for the Gas. 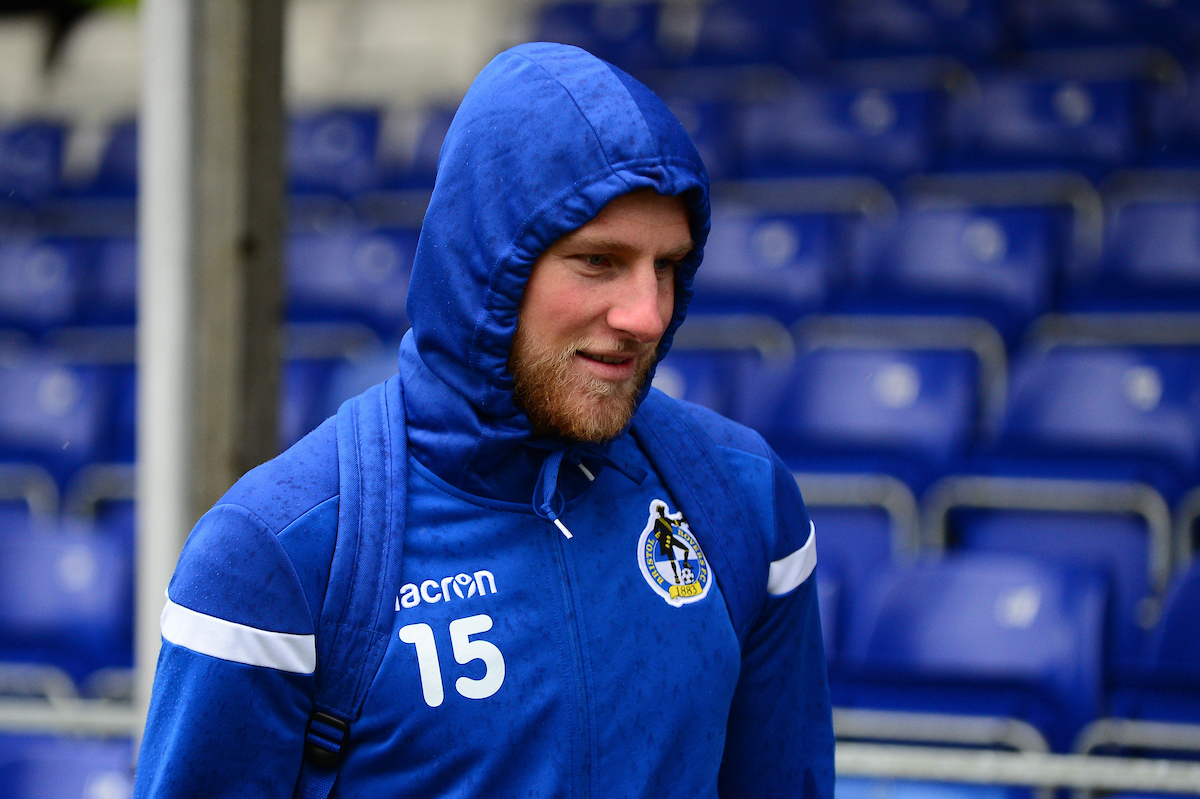 High winds and torrential rain threatened to dampen spirits at The Mem when Blackpool opened the scoring in the second minute.

The visitors’ first venture into the Rovers half resulted in Gary Madine sweeping home Connor Ronan’s cross to give the visitors an early lead.

As both sides struggled to get a foothold in difficult conditions, it was Rovers who enjoyed more of the ball although Blackpool threatened on the counterattack.

Jonson Clarke-Harris felt he should have been awarded a penalty when he went down in the box but his claims were waved away.

With strong winds and heavy rain swirling around The Mem, Blackpool again came close before Ollie Clarke scrambled away the danger. 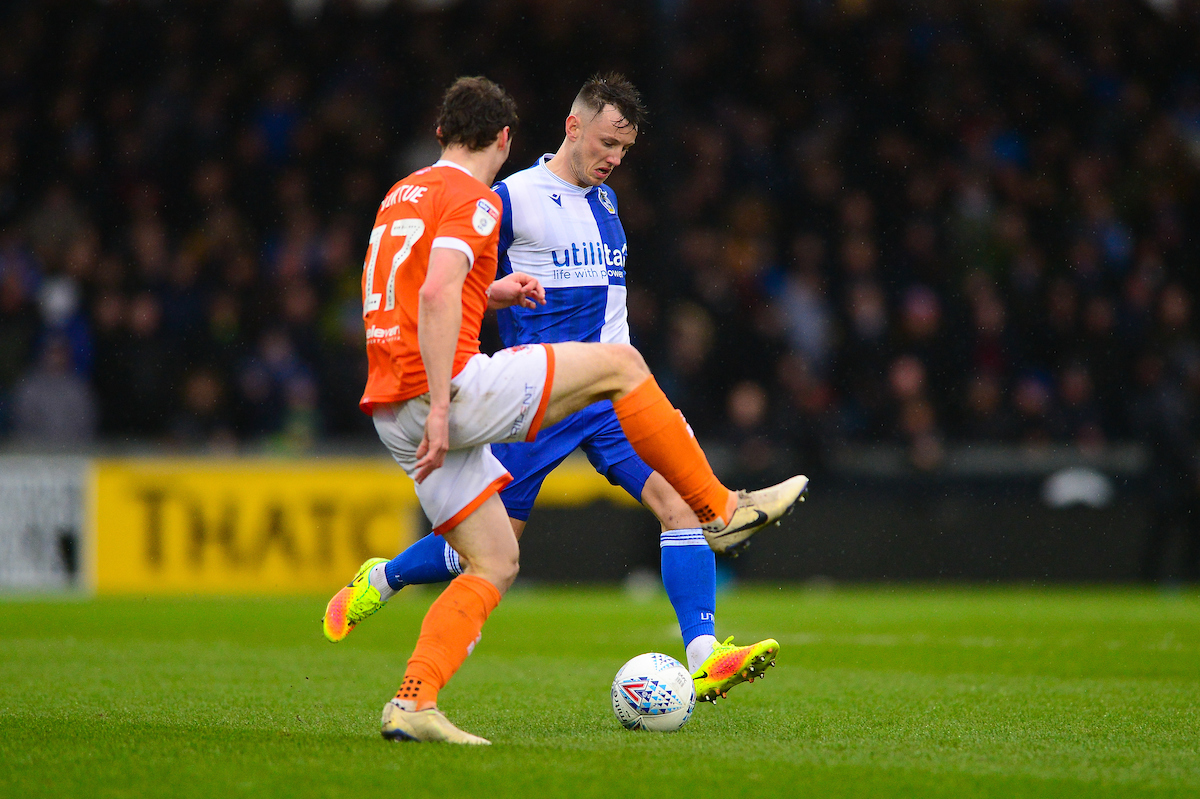 Mark Little came close to levelling for the Gas but saw his fierce strike fly narrowly past the top right corner.

Gas had to endure several corners made more difficult as strong winds blew towards the Thatcher’s End.

However, the complexion of the game changed in Rovers’ favour on the stroke of half-time. Blackpool skipper Ben Heneghan received his marching orders after clattering through the back of JCH. 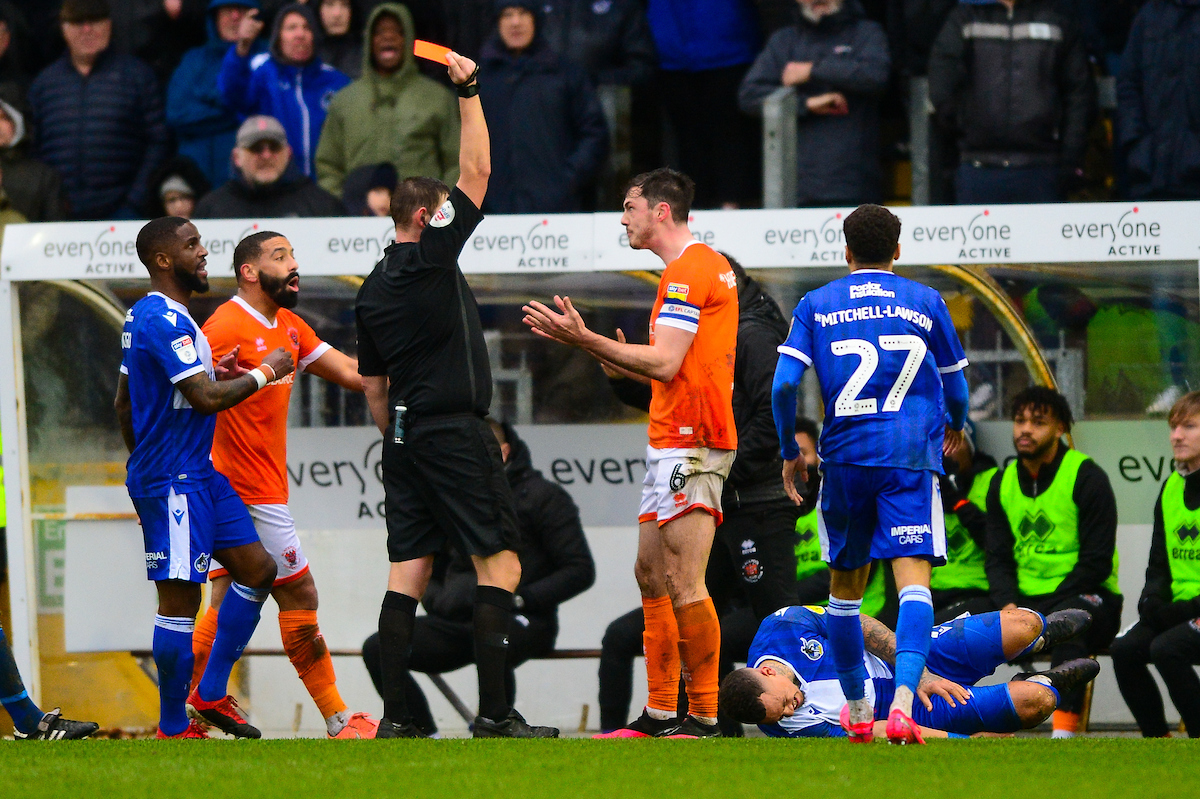 Rovers came flying out after half-time, applying wind-assisted pressure to the Blackpool goal. Little’s driven cross nearly caught out Chris Maxwell who did well to hold on.

The Gas’ early second-half onslaught brought The Mem to life with a raucous home crowd encouraging Rivers to shoot at every opportunity.

Once again, the visitors responded positively with some pressure of their own, top scorer Armand Gnanduillet’s header forcing Jamal Blackman into action.

Blackman was needed again soon after when Matty Virtue bore down on goal twice in a matter of minutes, but the Rovers keeper was up to the task both times.

With no let up from Storm Dennis it was Blackpool’s turn to face the in-swinging corners. Firstly, Gnanduillet headed Luke Leahy’s corner off the goal line before Leahy put in another dangerous cross which was claimed by Maxwell under heavy pressure.

Just as frustration was beginning to mount, Alfie Kilgour levelled the score with a beauty! The centre back stepped out of defence and unleashed a rocket past the helpless Maxwell to raise the roof at The Mem. 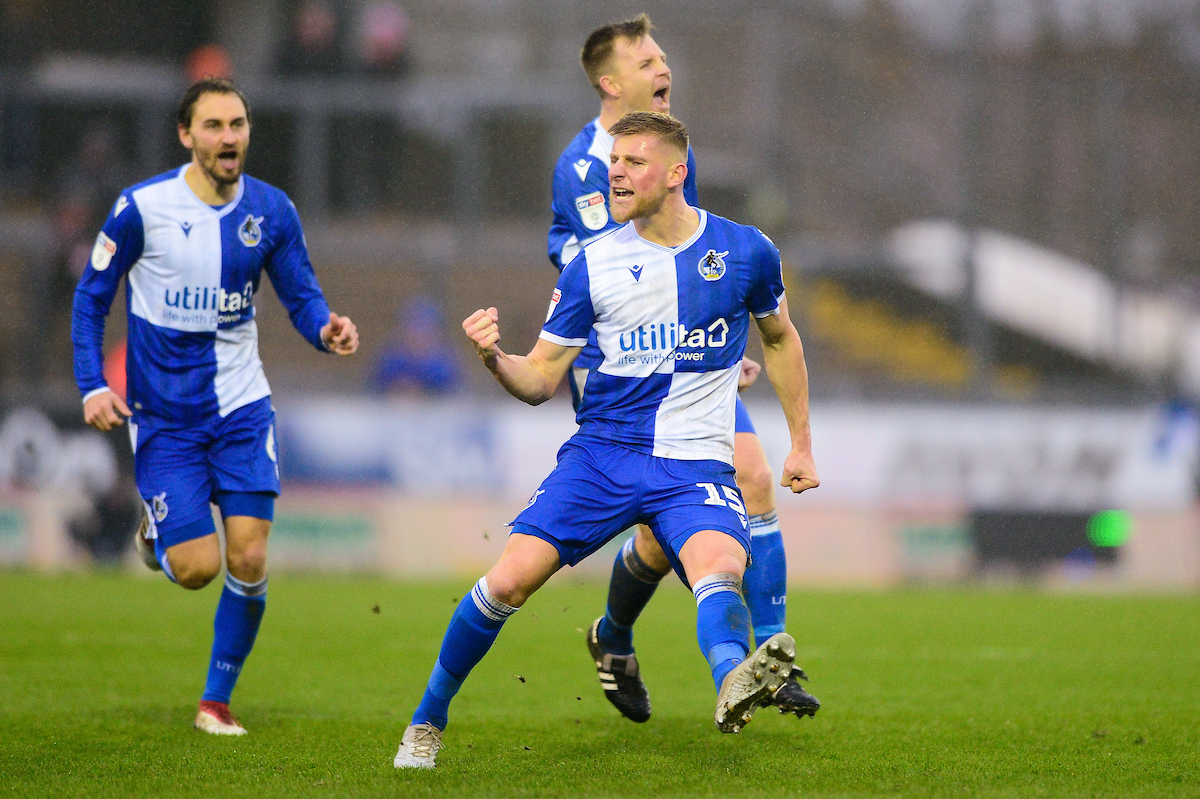 Timmy Abraham and Josh Barrett were introduced with the scores level as Garner hunted for the three points.

JCH combined with Abraham to send a header goal-bound but was denied on the line as the pressure mounted once more on the visitors.

It took another speculative strike to unlock Blackpool’s defence again, although a hint of fortune about this one. JCH’s shot from 35 yards deflected into the path of Josh Ginnelly who diverted past Maxwell to send The Mem into raptures!

Just as the game was fizzling out, Blackman was required one last time to deny Nathan Delfouneso as Rovers held on to claim all three points.

Up next for Rovers is the long trip to Sunderland next Saturday as they search for back-to-back wins.