Rovers’ wait for a win over Peterborough goes on, as the Gas were defeated by the Posh at the Mem.

The first goal of the game came during what was a fairly even first-half, with a stunning effort from Jack Taylor climbing into the top corner of the Rovers net from 25-yards out.

Peterborough added a second, in a similar fashion, when Dan Butler found the target from long-range midday through the final forty-five minutes.

Rovers had chances, with both Hanlan and debutant Ali Koiki going close for the Gas during the second half, but Rovers were unable to dent Peterborough’s two-goal lead. 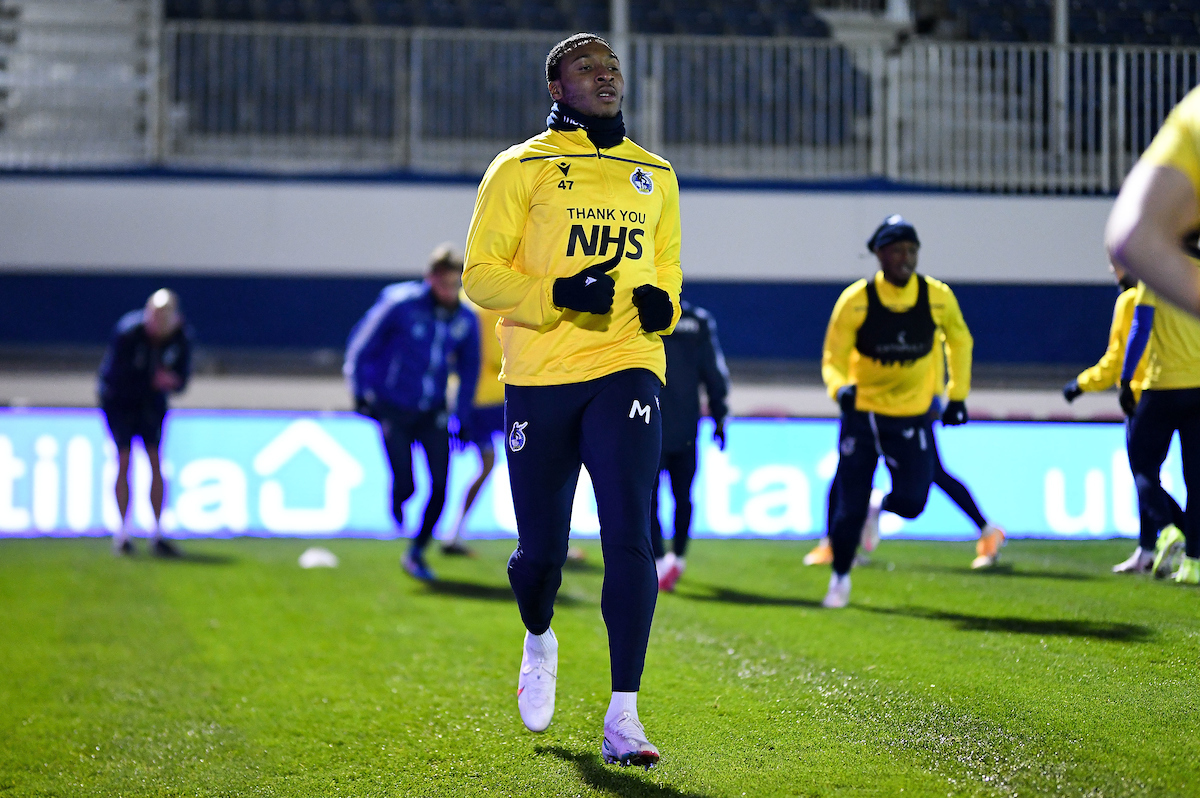 Looking to build on a point on the road at Rochdale, Rovers Manager Ben Garner opted to make just one change to the side that faced Dale.

Into the mix came Alfie Kilgour, with the defender starting amongst a back three that also accommodated Cian Harries and Max Ehmer.

Sam Nicholson kept his spot in the starting XI, following his goal and impressive display against Rochdale, as James Daly and Brandon Hanlan continued their partnership up top.

Kilgour was making his first start since our EFL Trophy tie against Oxford United and there was a spot on the bench for our last summer addition, as Ali Koiki was named amongst the Gas replacements.

The league leaders heading into Tuesday’s contest, the Posh also made just the one change for their trip to BS7.

There was a familiar face in the ranks of Darren Ferguson’s side, as Jonson Clarke-Harris featured against Rovers for the first time since his departure from the Mem in the summer.

On the Posh bench, there was a further former Gas player, as Ryan Broom had to be patient for his chance against his old club.

Tuesday’s opponents are the definition of a bogey team for Rovers, who went into the midweek clash looking for a first win over the Posh in over a decade.

Rovers had found the opening goal in their last four fixtures and came close to going ahead early on when Zain Westbrooke threaded a pass into the Peterborough area to meet the run of Sam Nicholson. The winger managed to dig out and effort from narrow-angle inside the box, but a covering challenge from Dan Butler deflected the chance behind.

From the resulting corner, a clearance from the visitors was gathered by Josh Grant, who was loitering on outside of the penalty area. The midfielder shifted quickly to hit a first-time effort from range that took a deflection wide.

The game was quick to find a lively tempo, with Peterborough registering their first opening when Clarke-Harris picked out the run of Dembele inside the final third. The striker, who scored a hat-trick on the weekend, took too long on his shot from inside the area, which allowed Rovers the chance to get men back and it was a blue and white shirt that deflected the effort wide. 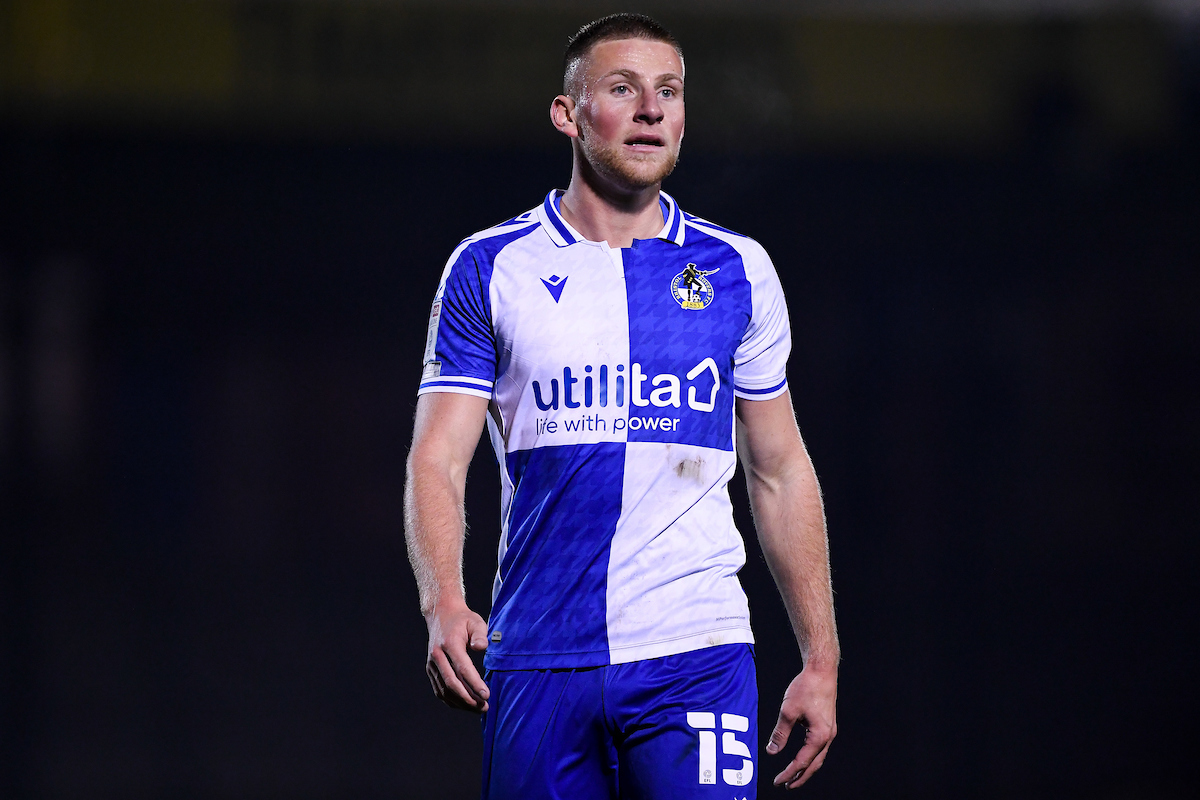 Josh Hare had the opportunity to launch one of his trademark crosses into the box inside the opening fifteen minutes. The delivery from the right-back took a slight deflection, which proved to be of benefit, as Sam Nicholson altered a run to the near-post to lift a header over the target, with the winger under the pressure from the onrushing Pym.

Jaakkola had a quiet start to the evening but had to be aware when a curling cross from Jack Taylor swung dangerously close to the Rovers goal. Jaakkola’s view was somewhat blocked by Clarke-Harris, but the shot-stopper was on hand to watch the delivery bounce behind for goal kick.

Nicholson’s looked lively throughout the first half and was the first Rovers player to test Pym in the Peterborough goal. It was a low effort from Nicholson from outside the area that forced Pym into action, with the ‘keeper unable to hold the fierce attempt, but the rebound fell out of the reach of the onrushing Rovers players.

Peterborough responded with their best chance on the half moments later. It was run down the left from Dan Butler that initiated the opening, with a low cross from the left-back finding Szmodics inside the area. Szmodics looked to curl an effort towards the far post, but a slight deflection saw the effort edged wide of goal.

It looked like the deadlock would remain in place for the interval, but it was the visitors who managed to open the scoring in the minutes prior to half-time. With their first shot on target, Jack Taylor found the net with an unstoppable strike from 25-yards out, giving the Posh a slim lead heading into half-time.

Rovers responded after the interval in a bright manner, with an early Josh Hare cross causing concern for the visitors. The pacey cross was aimed into the six-yard area and forced the visitors to clear over the crossbar for a corner, with several Rovers players poised to attack the delivery.

With the hour approaching and in their first meaningful attack of the second half, the Posh almost added to their one-goal lead. Again it was a speculative effort from range, as Szmodics darted a low effort towards goal. A faint touch from Jaakkola diverted the effort onto the upright, with the attempt bouncing across the goal line before the ‘keeper gratefully gathered the loose ball.

Rovers kept asking questions of the Posh defence and almost drew level in a bizarre fashion. A clearance from the visitors clattered into Dan Butler inside his own penalty box, with the deflection looping just a touch over the crossbar and onto the roof of the net.

When the second goal arrived for the Peterborough, it once again came in impressive style. When it looked like options were limited, Dan Butler hit a speculative effort from outside the area that flew across goal and settled into the top corner, giving the Posh a two-goal lead.

Rovers’ response was to look to the bench, with Aki Koiki introduced for his Rovers debut.

Koiki had the opportunity to make an instant impact, as the left-back navigated his way unmarked to the back post to greet Josh Hare’s cross and planted his header into the side netting.

Soon after, more movement from the Rovers bench saw Otzumer and Mitchell-Lawson bought on, tasked with denting Peterborough’s two-goal cushion.

Rovers enjoyed a prolonged spell of pressure after the changes and had an opportunity to reduce the deficit when Hanlan was found inside the Peterborough area. A swift turn from the Rovers man saw him shake off his marker before his close-range effort was smoothed by Pym at the near-post.

The game petered out in the closing stages, as Rovers couldn’t forge any late chances to trouble Peterborough’s advantage.

Rovers enter the Emirates FA Cup this weekend, with a trip to Walsall.