The deadlock was broken inside the first 45 from the penalty spot. A lofted ball looked to be meeting Jephcott inside the Gas’ area, before a push saw him take a tumble. A penalty was given, and Jephcott picked himself up to cooly strike into the net.

The penalty spot would be used again at the opening of the second half, as Saunders took a tumble before Aaron Collins stepped up to strike home, notching his second of pre-season and the Gas’ equalizer.

The game faded from that point, with both sides happy to get valuable minutes ahead of the new season. 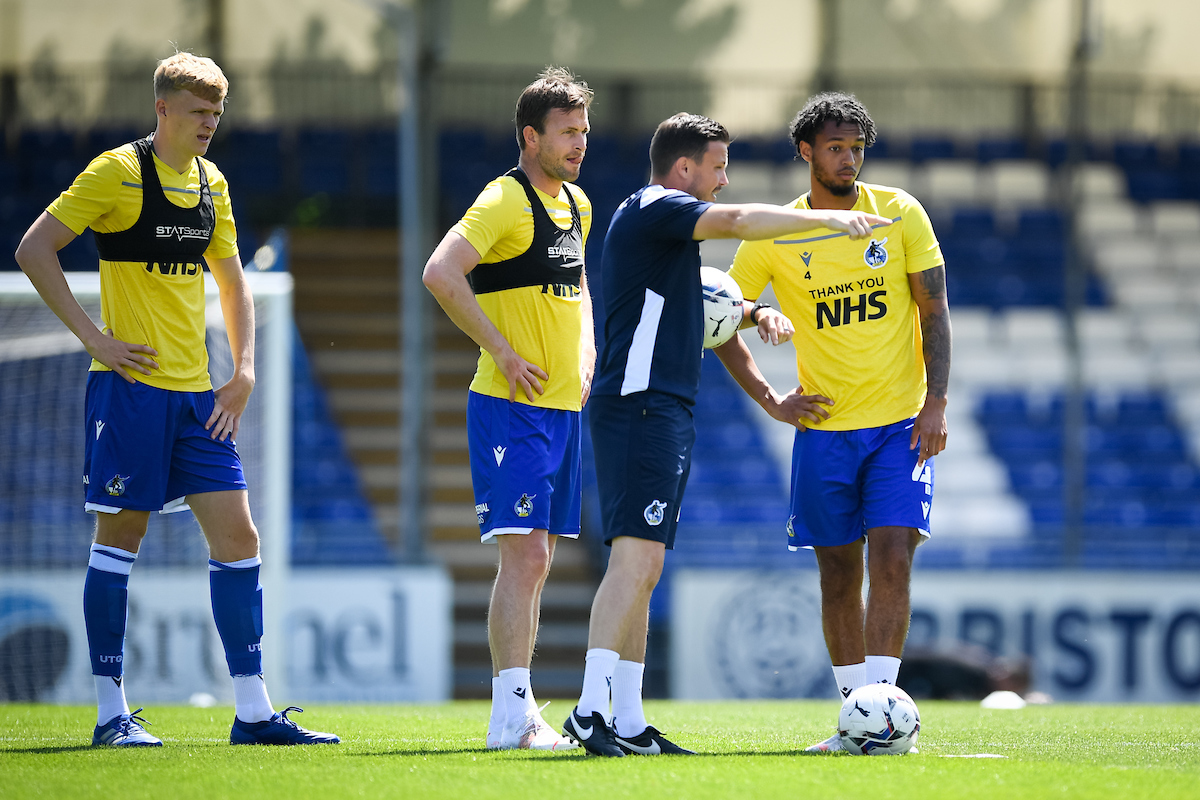 Barton continued his pre-season preparations with a change in formation from the Gas’ pre-season opener, reverting to a 3-4-3 in his first home game in charge since last season.

The back three was all-new, with Taylor, Hughes and Anderton holding down the fort, while new faces Anderson and Clarke ran the flanks. Westbrooke and Grant formed a familiar base in midfield, with Collins, Ayunga and Spence ahead. 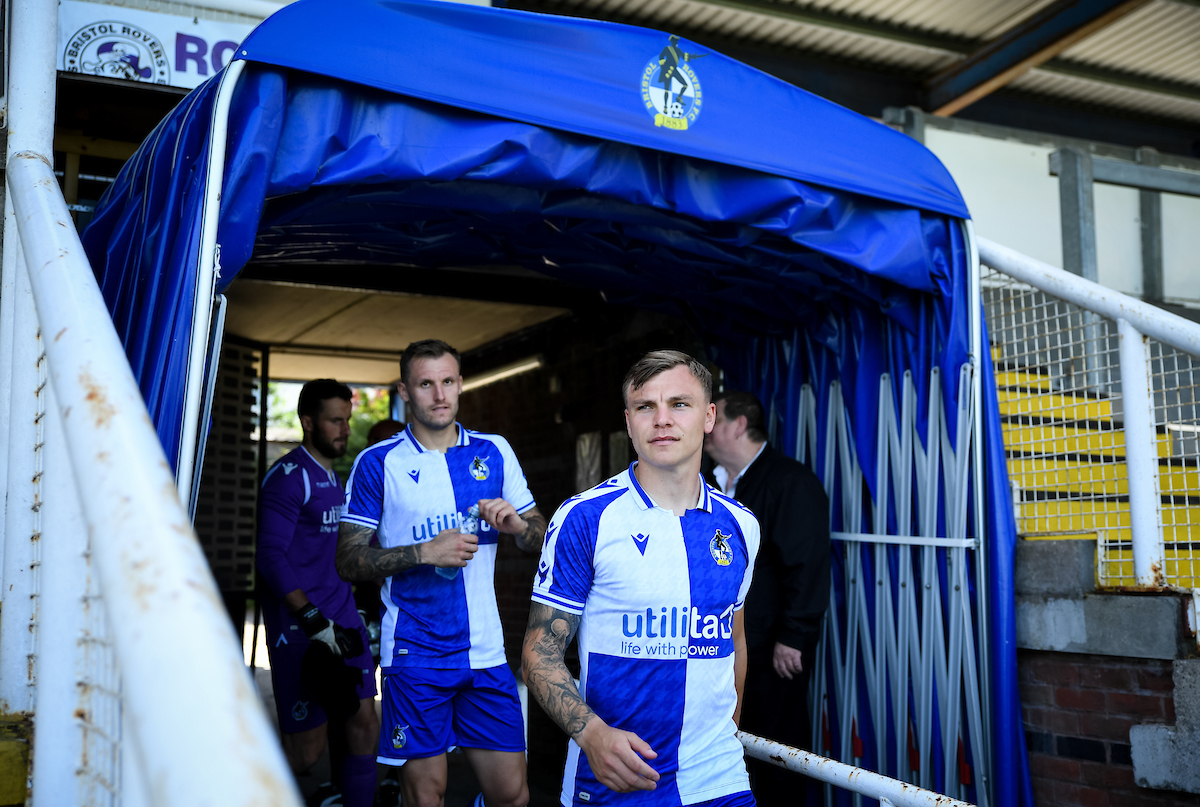 Josh Grant was active in the early stages for the home side, playing against the club he had previously spent a campaign on loan at from 2019 to 2020. He opened the game by smartly clearing a dangerous cross, before skewing a chance wide from the edge of his opponents box up the other end.

A great sequence of play featuring neat one-twos up the right flank unlocked Harry Anderson towards the byline on his first appearance in the blue and white quarters. He hooked it back towards the penalty spot, but no player was arriving to strike home.

Up the other end, Argyle would see their first chance miss the target, as a flicked header bounced wide of the right post. Hughes was instantly on the case of his fellow defenders, determined for his opposition not to get another chance of that quality again.

Ryan Hardie would strike the first shot on target of the game, smashing a shot from inside the area towards goal. It lacked placement though, fired into the onrushing legs of the Gas’ trialist ‘keeper, who managed enough contact to turn it wide.

Hardie had a second opportunity on the 20th-minute mark as he was slotted through towards goal around 25 yards out. As he looked up to see the ‘keeper darting towards him, he attempted to scoop an audacious chip over his opponent. He fluffed his lines somewhat though, scuffing it straight at the Rovers ‘keeper.

On the 34th minute, Argyle were presented with a golden opportunity to take the lead. A lofted ball forward headed towards Jephcott who dropped to the floor under a barge from Anderson. The ref’ had no hesitation in pointing to the spot, and Jephcott stepped forward to slot the ball into the bottom right with aplomb.

The goal served as the last major moment in the half, with the visitors taking a 1-0 lead into the break. 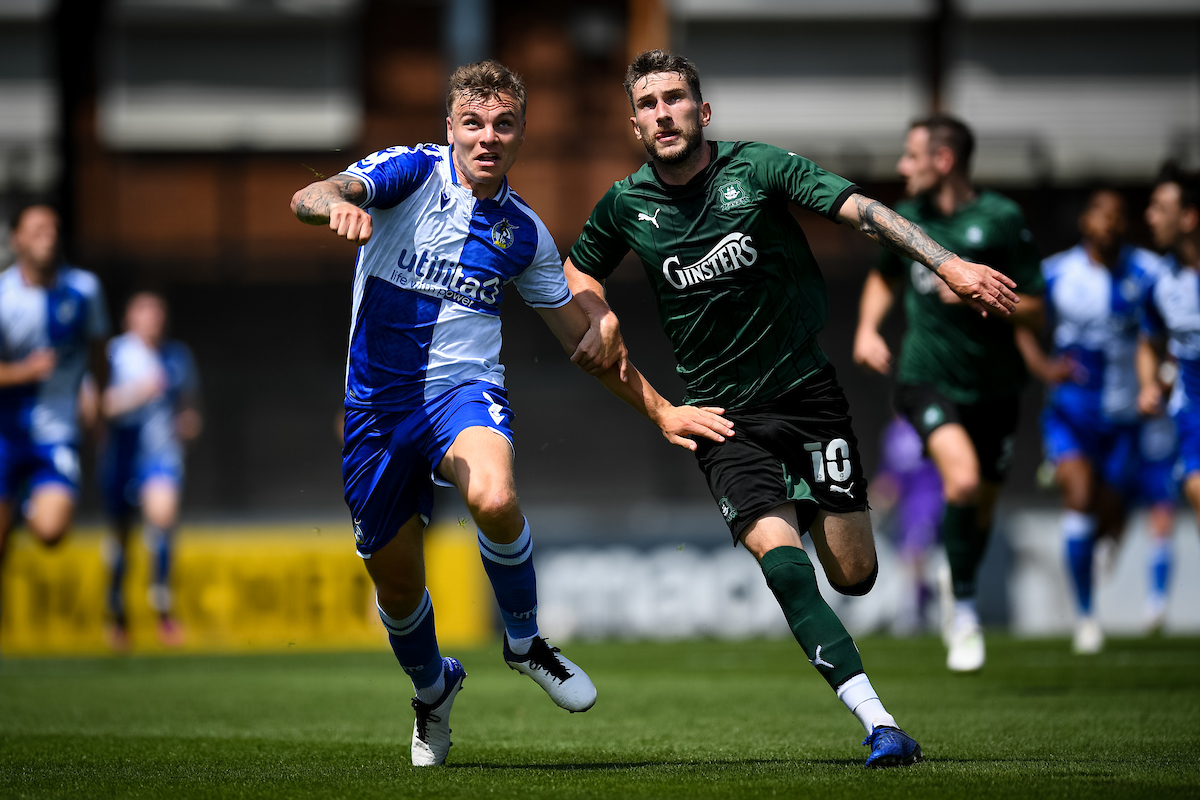 Following the break, the Gas responded instantly. Barely on the pitch for a minute, Saunders was brought down in the area by an Argyle man. The ref’ pointed for the second penalty of the afternoon, with Collins stepping up and sending the ‘keeper the wrong way to equalised. 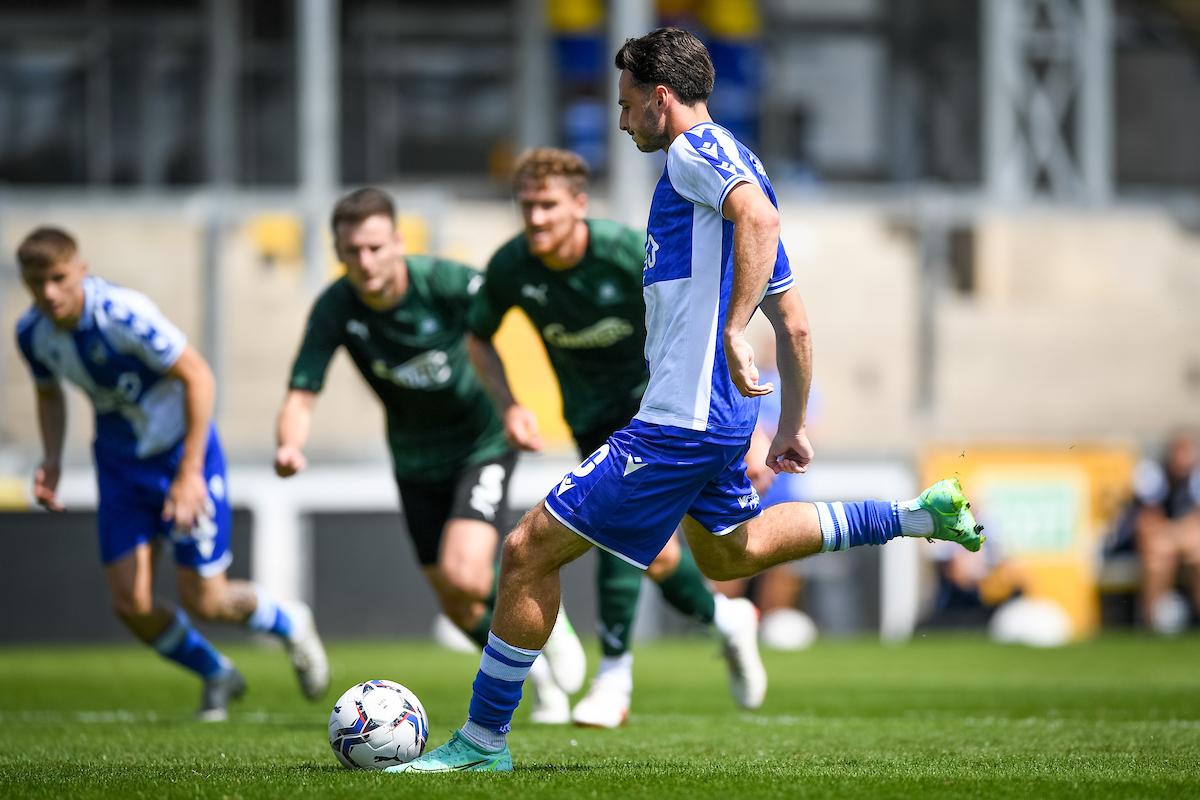 The game softened at that point somewhat, with neither side really showing the cutting edge needed to carve out an opening to take the lead.

Further changes would come in the form of Hoole and Ward, replacing Hughes and the Trialist ‘keeper.

In the summer heat the game definitely faded, with the Gas making further chnages late on, with Owen Brain and Tyrone Thompson replacing Westbrooke and Collins.

Late on Owen Brain went so close to a winner, after being picked out with a pullback towards the right side of the area. He struck from the angle, firing powerfully at goal, but Argyle’s subsitute ‘keeper stood firm, palming the effort clear.

Ennis would then miss a chance for Argyle too, after he was picked out in space from a corner. He planted his header well, directing back towards the far post but saw it fly wide.

In an action-packed final few minutes Stoke City loanee Taylor would see a header also miss the target. A superb free-kick was floated in towards the back post, with Burton missing his punch for Argyle. Probably not expecting the chance, Taylor rose into the flight of the ball, sending his header high and wide.

Despite the late chance, the scores would end level, with Rovers drawing 1-1 against League One Plymouth Argyle. 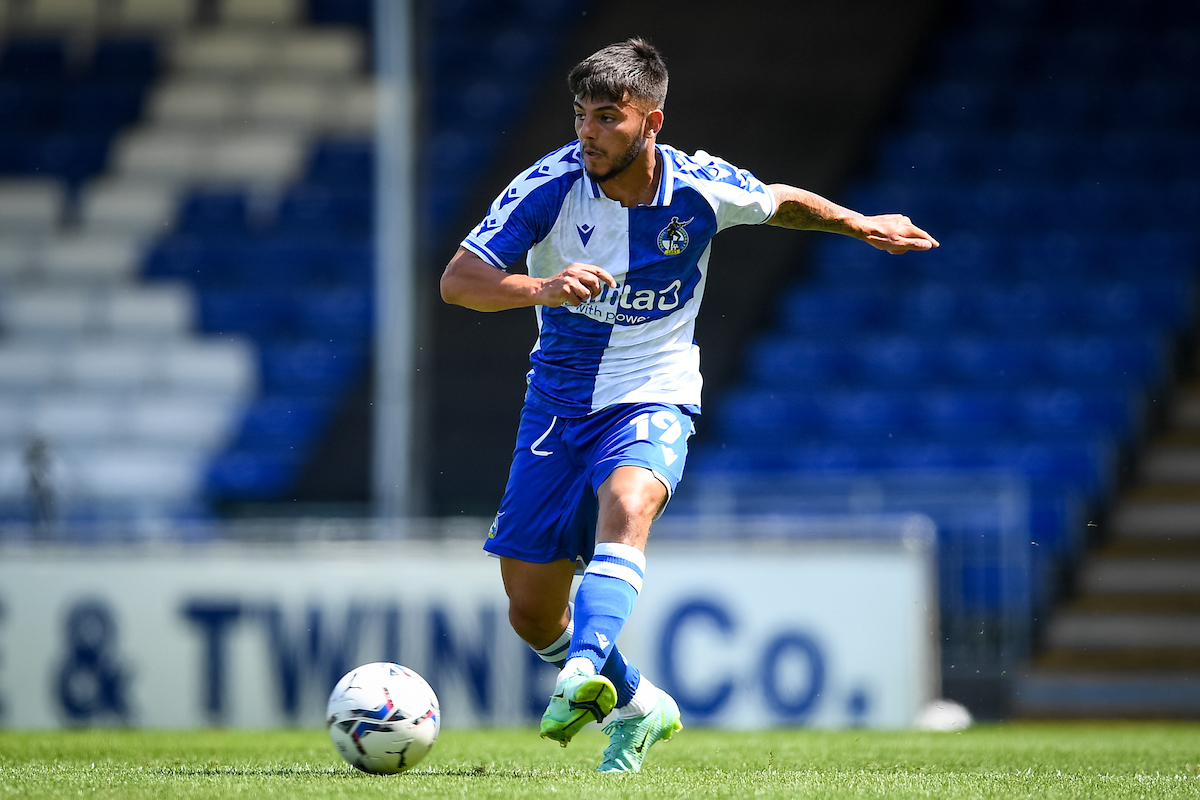