Rovers launch new shirt with “My Rovers, My Shirt” campaign The breadth and diversity of Bristol Rovers’ fanbase is being celebrated in a new portrait exhibition created to mark the launch of the club’s new shirt.

The ‘My Rovers, My Shirt’ exhibition captures portraits of a number of fans from a variety of backgrounds throughout the blue and white half of Bristol and has been put together with the help of former Rovers defender Anwar Uddin.

Captured by photographer Sophie Cook, the Gas fan portraits were created in conjunction between the football club and Bristol Rovers Community Trust to form part of the Fans for Diversity campaign, which Anwar heads up on behalf of the Football Supporters’ Association (FSA) and Kick It Out.

“The portraits are fantastic and really highlight the rich diversity of the club’s supporters,” Anwar said.

“Our aim is to make football a welcoming place for everyone and these portraits shine a light on supporters from a variety of backgrounds within Bristol.

“Sophie’s portraits are so authentic and she’s captured the pride we all have in our club – we reckon Rovers’ fans will really appreciate them.

“It’s a great way to put fans who you don’t normally see at the heart of the kit launch.” 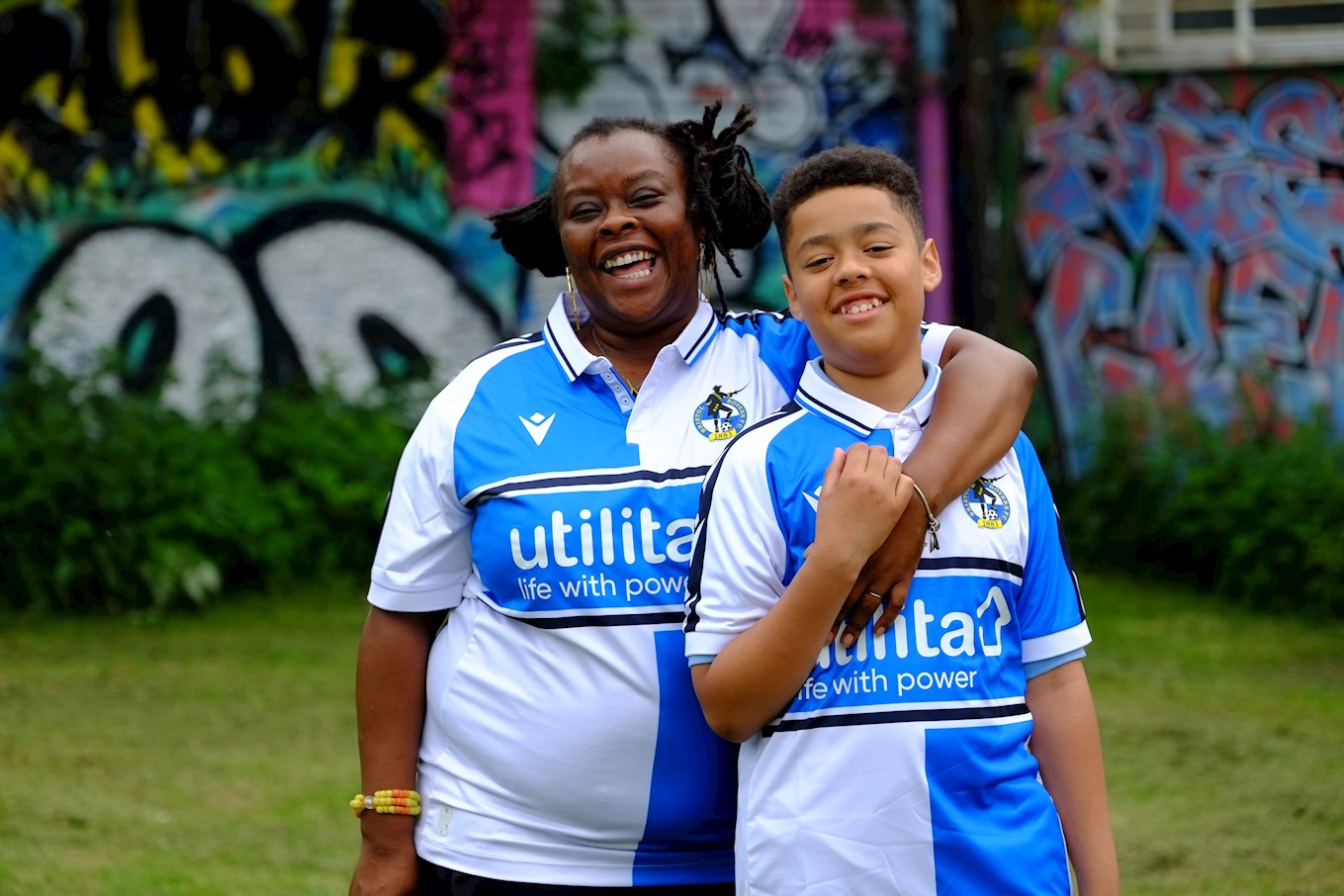 The portraits mark the launch of the 2021-22 kit at Memorial Stadium this summer and will feature across the club’s website and social media in the coming days and weeks.

Bristol Rovers’ portraits were shot across the city, using real fans and they will soon be exhibited at a diversity event for everyone to see.

Tom Gorringe from Bristol Rovers said: “Bristol is a vibrant, diverse and cultural city and we are delighted to celebrate all of those aspects with this campaign.

“As a club, we are lucky to have a large fanbase spanning supporters from all different backgrounds, races, sexualities, religions and disabilities, and it is of paramount importance to us that everyone, no matter who they are, feels a part of the football club.

“We have therefore worked closely with the brilliant team at the Community Trust, along with Anwar and his team at Kick It Out to celebrate the diversity and put our supporters at the forefront.” 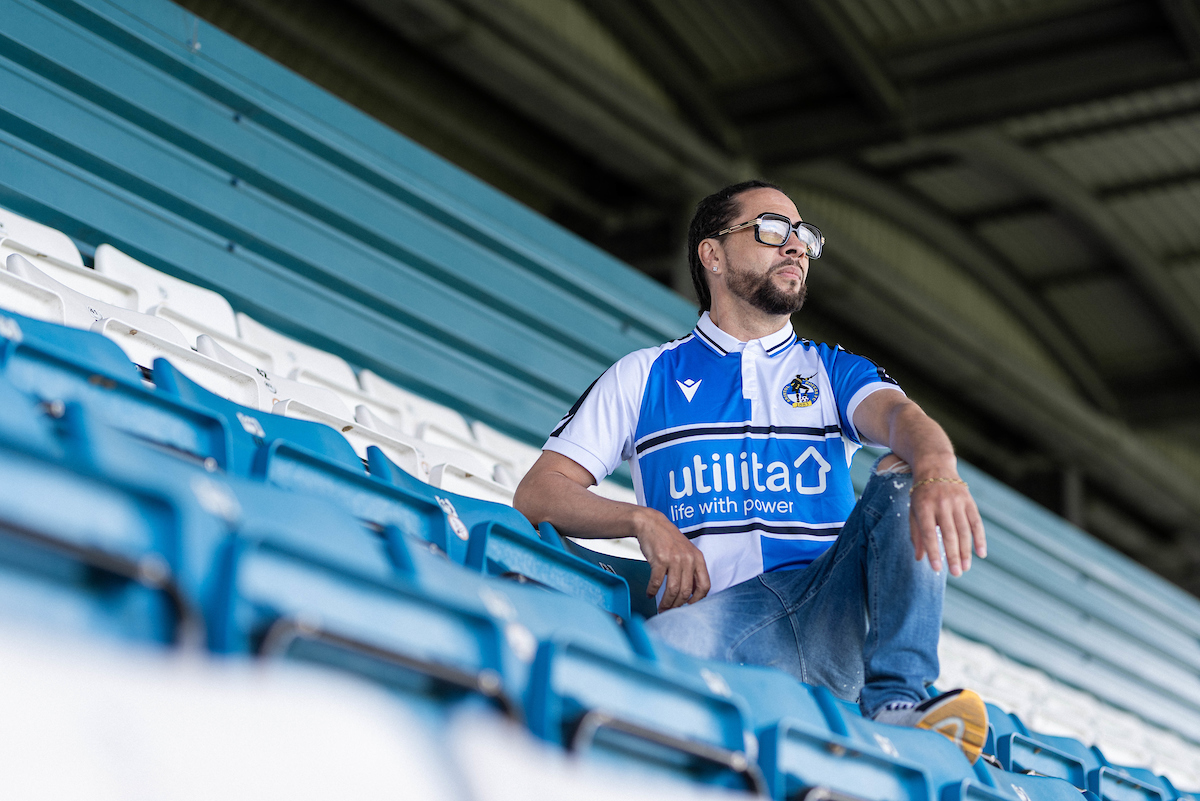 This year’s Macron kit draws inspiration from the home strip that debuted in the 1999-2000 season, worn by a squad featuring many Rovers icons that live long in the memory of many Gasheads!

The likes of Jason Roberts, Jamie Cureton, Ian Holloway and Vitālijs Astafjevs strutted their stuff in the original kit, in the old Football League Second Division.

Utilita continue as the club’s front of shirt sponsor this campaign and feature on the blue central strip through this years kit, bordered either side by two black lines.

Poplar Insulation also continue as our back of shirt sponsor, featuring just below the collar. A new shorts sponsor will also be announced in due course.

The buttoned collar is a new spin on the 1999 style which featured a V-shaped collar, while the strip of the original Avec logo, tumbling from each shoulder down to sleeve, has been updated to our modern Macron style.

As a call-back to the original 1999 kit, the blue and white quarters featured on both the front and the back of this year’s shirt, a change from the block of blue that has backed more recent kits.

A core aspect of this year’s kit is its material, an Eco-Fabric, 100% of which comes from recycled plastic and has been certified by Global Recycled Standard.

For the production of a shirt, 13 half-litre plastic bottles are recycled.

The shorts for this year’s kit will be white, with a continuation of the black macron strip down either side. The socks will be blue.

The shirts are now on sale, and you can head through to our retail site to grab yours ahead of the 2021/22 season now!

Fans For Diversity is a campaign programme run in partnership between Kick It Out and the Football Supporters’ Association (FSA), the national membership organisation for football fans.

Fans For Diversity encourages, funds and supports initiatives by fan groups to promote diversity and inclusion in football and to challenge all forms of discrimination.

A reminder to supporters that the Club Superstore remains closed, but our online store is still open for orders via www.brfcdirect.co.uk.