Rovers U18s booked a place in the Third Round of the FA Youth Cup with victory over AFC Sudbury under the lights at the Mem.

Zain Walker fired Rovers ahead inside the opening ten minutes, with the winger placing an intelligent finish into the corner of the goal from outside the area to put Rovers ahead.

The visitors demonstrated a strong physical threat and tested Rovers on a number of occasions in the first-half, with Harry Thomas-Barker making two saves at both the beginning and end of the opening 45-minutes to deny Sudbury a goal and a foothold in the tie.

Kieran Phillips added a second goal of the night for Rovers just after the hour mark with a fantastic free-kick crashing in off the crossbar, taking his goal tally to three in this year’s competition, but Sudbury were quick to pull a goal back, as Freddie King bundled the ball home from a corner to make it a tight final twenty minutes, but Rovers held out to secure the win and a place in the Third Round. 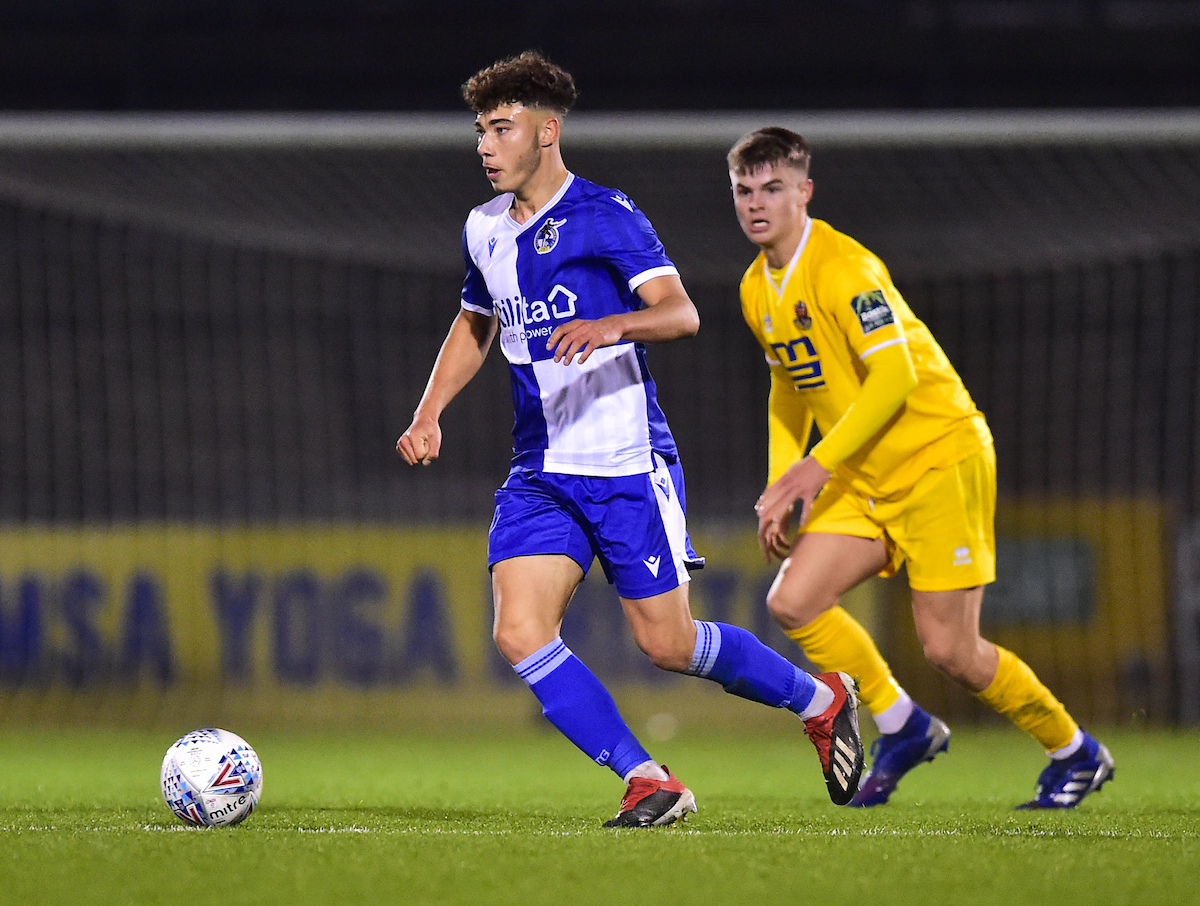 Rovers stuck with the same starting XI that had defeated Swindon Town in the First Round of the competition just seven days prior, with both Luca Hoole and Kieran Phillips on the teamsheet after travelling with the first-team squad to Rochdale on the weekend.

The visitors started the contest on the front foot and look to take an early advantage. Harry Thomas-Barker produced a fine diving stop to claw away an effort from Freddie King, who had managed to sneak in between the Rovers defence to meet a cross.

After taking in the early pressure, Rovers made the most the first opportunity that presented itself. It was flowing move that saw a series of passes exchanged in the middle of the park to mask a way through the Sudbury midfield, with Zain Walker receiving the ball to his feet 20-yards out from goal in a pocket of space. The youngster acted quick and produced a well-placed finish to curl his shot into the far corner, putting Rovers ahead early on.

Half chances followed for both Kieran Phillips and Ollie Hulbert, with Phillip’s fierce right-footed shot forcing Wright in the Sudbury goal into action.

The visitors enjoyed spells of attacking pressure as the first-half progressed, but the Rovers defence held firm with the physical threat posed by the opposition.

Harry Thomas-Barker was again called into action as the 30-minute mark went by and again showed good alertness to make a stop with his feet to deflect away a close-range attempt from Ethan Mayhew.

Moments later, Sudbury came close to threatening when a deep cross narrowly missed Freddie King at the far post, which was a let-off for the Rovers youngsters who held onto their lead into the half-time interval.

Early on in the second half, an injury to Adam Biss forced Rovers into an early change, as James Gorman was drafted in from the bench.

Sudbury carried on their attacking threat, but resolute Rovers defending prevented any clear openings on the Rovers goal. Defender Josh Hughes header over from what was a dangerous corner played into the Rovers box, as Thomas-Barker remained relatively quiet during the second half.

On the stroke of the hour, Sudbury had perhaps the best chance, as a deep cross was recycled back into the six-yard box where Sam Girling looked to push a close-range finish home, but a last-ditch block from Luca Hoole did enough to deflect the effort away.

Rovers’ grabbed the second goal of the tie with a goal that was equal to the quality of Walker’s strike in the first half. It came from free-kick from Kieran Phillips, who managed to get both power and direction on his set-piece to see his effort fly into the top corner via the underside of the crossbar. 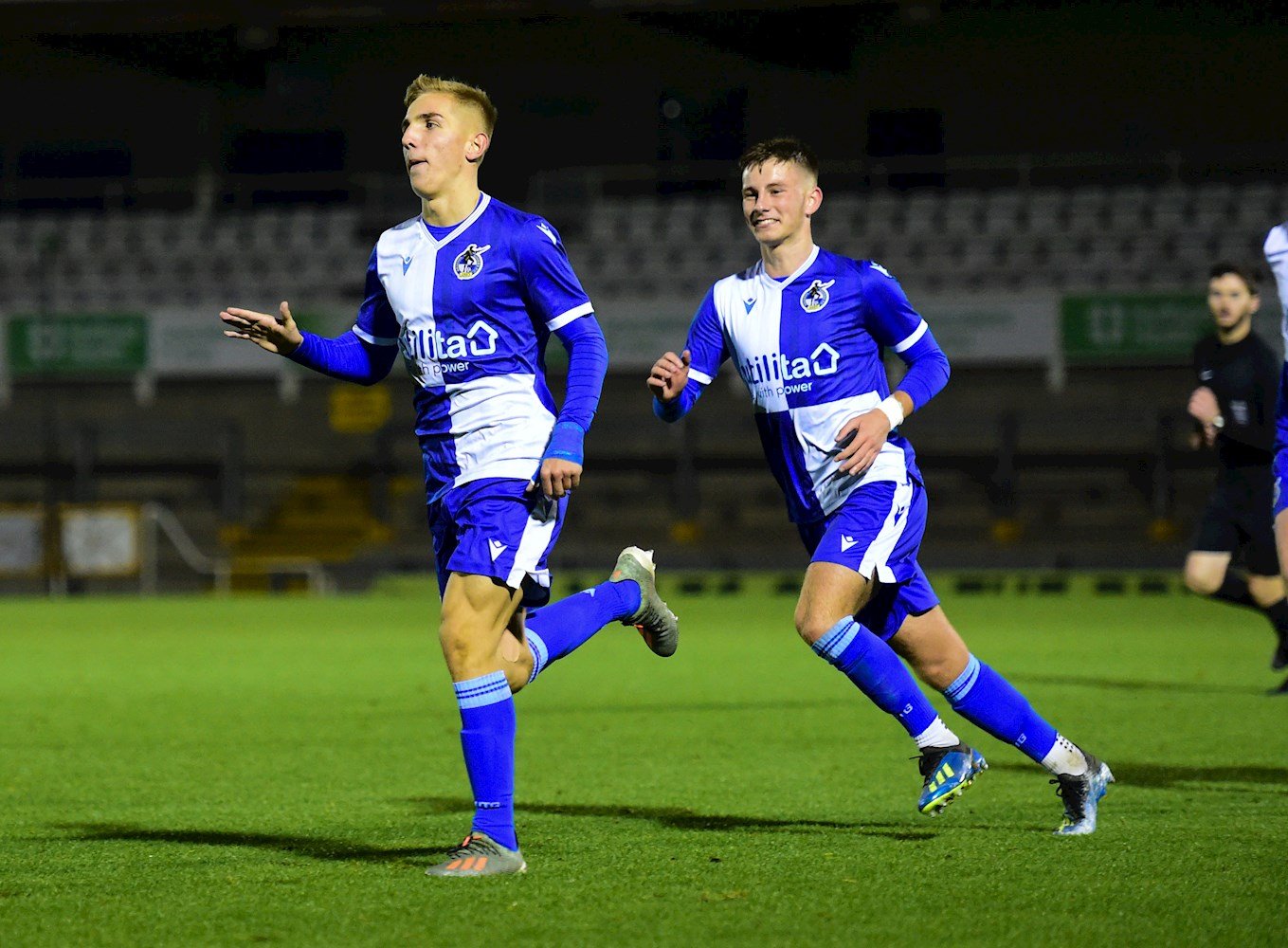 The two-goal lead looked like it may result in a comfortable close to the game for Rovers, but that wasn’t the case, as Sudbury pulled back a goal moments after Phillip’s strike.

It was an inswinging corner that caused the issues for the Rovers defence, as the delivery pinballed around the six-yard box before Freddie King forced home a close-range header to cut to the deficit to one goal with 20 minutes left in the encounter.

Rovers showed good game management to see out the tense final moments of tie and limited any chances or openings for the visitors, with Thomas-Barker equal to late-header from a corner, as Rovers secured a place in the next stage of the competition.

The draw for the Third Round takes place on Friday.