Rovers advance in the Gloucestershire FA Senior Challenge Cup with a clinical display against Forest Green Rovers at the Mem.

Two goals apiece for Kinsly Murray and Kieran Phillips and a superb second-half strike from Zak Ford saw the Gas run out 5-1 winners.

Rovers named a blend of Academy players and members of the Development Squad for the tie at the Mem.

The game started with high intensity from Rovers, who utilised the pace out wide that came from Kinsly Murray and Lucas Vaughan operating on opposite wings.

The pairing of Ollie Hulbert and Kieran Phillips up front sparked the game’s first opening, as a Phillips dug out a useful cross from a narrow-angle. Hulbert did well to leap under pressure to meet the delivery from the right, seeing a slight deflection edge his attempt wide of the target.

The first goal arrived shortly after Hulbert’s chance, originating from a series of slick and intelligent passes through the middle of the park that forged a way through the Forest Green defence. As the ball arrived at the edge of the penalty area, a neat flick from Phillips set the ball into the path of Kinsly Murray, who kept his composure to place a finish beyond the onrushing John in the visitor’s goal.

Both Murray and Rovers didn’t have to wait long to appear on the scoresheet once more – just five minutes later to be precise. Murray’s second goal started with Ollie Hulbert cutting in from out wide and picking out Murray inside the penalty area. Murray certainly had a lot to do, showing both skill and composure to carve a shooting opportunity and firing home a finish into the top corner. 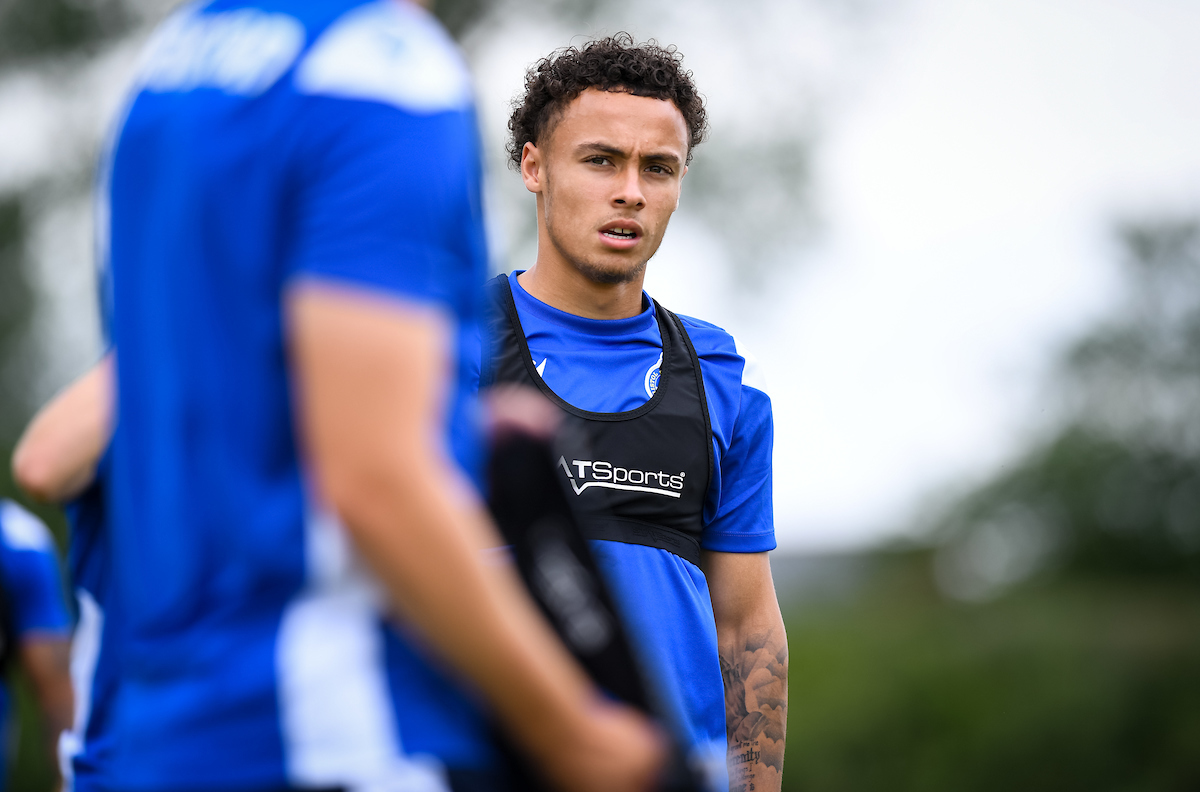 The visitors pulled a goal back shortly after, as Murphy Bennett’s free-kick was curled into a congested Rovers six-yard box. Jed Ward emerged to tip the cross away from danger, but his clearance took an unfortunate deflection off Joe Budd that saw the ball bobble into the Rovers net.

Both sides had half-chances as the first half reached a conclusion. Joe Budd dragged an effort from range wide of the Forest Green goal, while at the other end, Harvey Bunker’s forceful freekick was well held by Jed Ward.

In the final moments of the first half, Rovers added a third goal to restore a two-goal advantage. Tom Mehew’s adventurous run from deep drew in several defenders and opened up space. Mehew rolled a pass to Hulbert, who in turn picked out Phillips, with the striker producing a curling effort from the edge of the area that found the bottom corner.

After the restart, the away side struck a meaningful opening when Harvey Bunker fizzed a low effort across goal that Ward was equal to.

When the fourth goal arrived for Rovers, it came in some style. Zak Ford progressed down the right, cutting inside to dart a cross into the mix. The right back’s delivery rebounded back into his path, with the defender opting to snapshot a half-volley back across that flung into the top corner.

Rovers sealed the victory with 15 minutes to play, as Phillips grabbed his second goal of the game. It was substitute Langlais that took advantage of slack possession inside the final third and spotted the unmarked Phillips. The striker took a touch that set the ball on an awkward angle, but Phillips recovered to produce a firm finish that nestled inside the upright.

Rovers will face the winner of Yate Town v Cheltenham Town in the Quarter-Final stage of the competition.